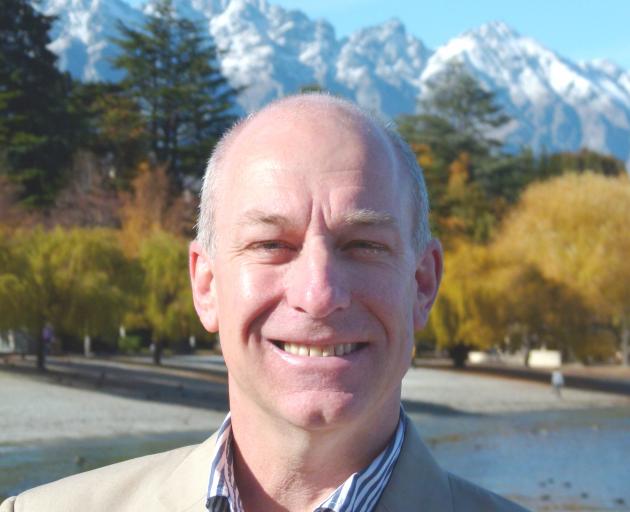 He will leave his Queenstown role early next year, starting in Invercargill in February.

Destination Queenstown chairman Richard Thomas said Mr Budd decision to move on comes at a time when DQ is in a strong position, and commended him on his leadership as chief executive for eight years.

"Graham's contribution to DQ over his 12-year tenure has been incredibly positive, during a time when Queenstown as a destination has gone through many changes.

"He has lead the organisation through significant milestones, including a total re-brand in 2015, the 30th anniversary of DQ, the evolution of the organisation and the increased focus on place-making and sustainability as core strategic priorities across the organisation will be a lasting legacy."

Mr Budd has also represented the Queenstown tourism industry and Queenstown Lakes District at a national level on the boards of Tourism Industry Aotearoa and Regional Tourism New Zealand, where he was also chair for three years.

"This is a fantastic opportunity for Graham and a huge win for Great South. On behalf of the Destination Queenstown board, staff, and members and the wider Queenstown Inc we thank you and wish you the very best for your Southern role. We look forward to working with you in that capacity.''

Mr Budd has previously held a number of executive and general manager positions in the agriculture and fast-moving consumer goods sectors.

Great South chairman Ian Collier said the board is delighted to have someone of his calibre, experience and passion for destination development leading the organisation moving forward.

"With an outstanding track record for encouraging destination awareness and driving business success, we are looking forward to working with Graham to achieve great things for the Southland region.''

Mr Budd Will replace Ann Lockhart, former Queenstown Chamber of Commerce chief executive, who has been in the role of interim chief executive for the organisation since mid-June.

Mr Collier said Ms Lockhart has made a significant contribution to the organisation, overseeing the establishment of the Southland Regional Development Agency and working with key stakeholders to develop a clear vision for the organisation.

"Ann's extensive understanding of economic and tourism development enabled Great South to quickly cement its position in the regional development space, setting a strong foundation for Graham to build on moving forward.''

Gary Tong, chair of the Joint Shareholders Committee (a committee of Great South's shareholders) and Mayor of Southland District, said the appointment of Mr Budd is proof that Southland is an attractive proposition for highly-respected professionals.

"Graham's appointment highlights the potential people see in Southland and we look forward to supporting him and Great South to build on this potential and leverage significant opportunities for the region,'' Mr Tong said.

Great South came into effect on July 1 as Southland's Regional Development Agency and is committed to encouraging the regions future growth.