For the second consecutive year, a Wakatipu High School band has come second from about 900 bands in the Smoke-free rockquest 2020 national finals — despite this year being one member down.

Haven was formed in 2016 by Jack Wilson, Ryan Connaghan and Harrison Maguire.

Last year the band came second overall and after Jack left high school, Ryan and Harrison (both 17) decided to continue as a duo and have one more crack at honours in the national high school music competition.

The cherry on the cake, however, was Harrison’s award for "outstanding musicianship" on the drums.

"I was literally just saying, ‘they never give it to a drummer’, and then I got it," he said. 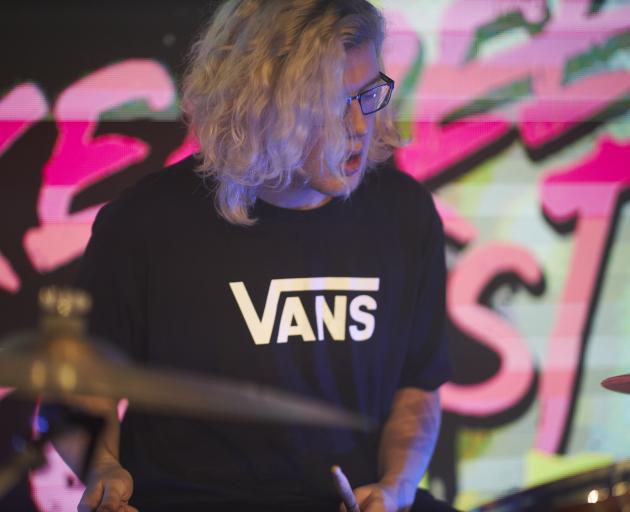 Haven drummer Harrison Maguire won an award for outstanding musicianship in the Smokefreerockquest 2020 national finals on Thursday night, while he and bandmate Ryan Connaghan came second overall for their performance. PHOTO: JOSH EDMONDS

Ryan said neither expected to repeat their placing of second this year.

"We had done it last year and we thought it was going to be pretty hard to come close to what we achieved last year.

While Harrison’s played the drums for as long as he can remember, Ryan - who takes care of Haven’s vocals, guitar and bass - only found his musical talent at Wakatipu High School under the tutelage of Alison Price.

Both boys will finish high school this year.

Ryan and Harrison will move to Wellington next year, where Jack has been living, in part to get the band back together and see what they might be able to achieve.