Phil 'LP' Casey at the wheel of his race truck while being reassembled in Mexico last month. Photo: Supplied

Long-time former Shotover Jet driver Phil ‘LP’ Casey lives in San Diego, California, these days. While visiting him recently, Philip Chandler asked him why he’s there, what he gets up to and how he got his nickname.

A former Auckland mechanic’s life has taken some amazing turns since he drifted into Queenstown in 1998.

After hitchhiking into the resort, Phil ‘LP’ Casey took a job as a Coronet Peak liftie, earning $9.50 an hour.

Nowadays, the 45-year-old owns an automotive business in the United States, has an American wife and two-year-old daughter and races trucks in a famous Mexican off-road series.

After that stint as a liftie, Casey says some good references helped him get a job as a Shotover Jet jetboat driver.

Besides an automotive engineer’s certificate, driving at speed was already in his DNA.

His father was a famous racing driver, be it in sports cars, rally cars or speedway – “he met my mother at a race”. 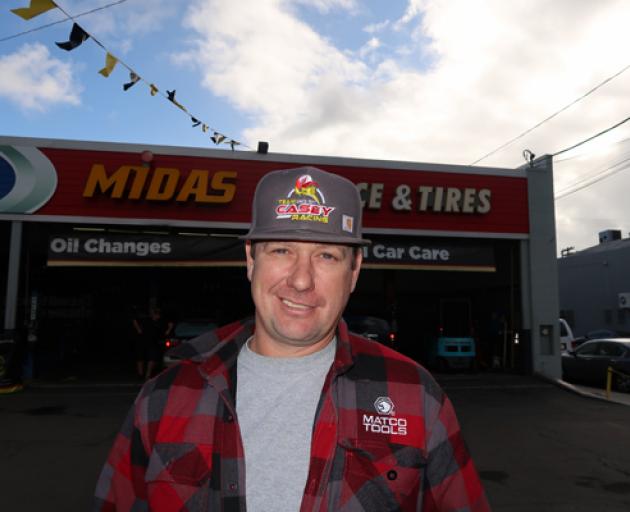 “I remember getting dragged down to all the race tracks in the back of the truck.”

Casey also competed in speedway himself.

Training to drive jetboats, he says “I was bit stubborn, and someone called me ‘lollipop, my little lollipop’, and that’s how I got my nickname”.

Casey clocked up about 8000 trips over almost eight years and was head driver for the last three, training nine drivers.

Between times he threw himself into local sport.

He managed the Wakatipu Premiers rugby side, and was club captain.

He also played senior cricket and was a founding member of the now-defunct Queenstown Central Pelicans – “we made a lot of noise, we drank a lot of beer”.

Casey quit Shotover Jet in 2007 to start his own business, but that didn’t eventuate.

He worked as a ski guide for Tourism Holdings Ltd-owned Ski Express, then was local THL branch manager, in charge of its motorhome fleet, for six years.

In 2014, he was transferred to Los Angeles to run THL’s US operations.

There he met his wife-to-be, Jenny, in a dive bar called Barnacles – “I might have had a few beers that night”.

They subsequently married in Las Vegas – “it was very cheap, like $98 and a bottle of wine” – before a more lavish ceremony at Cardrona.

Their move to San Diego was a compromise, he says.

“My wife’s from Minnesota but she doesn’t like the cold, and I hated LA with a passion.

“Then [ex-Shotover Jet colleague] Quinn Wilson went down to San Diego one day and I followed him.”

After he and Jenny decided to move there, he bought a Midas car mechanic’s franchise in 2016 and now employs seven staff.

“I sort of got that quite cheap and built it up.”

Living close to the Mexican border also enabled him to tick off his bucket list the world’s most famous, but toughest desert race, the Baja 1000.

In his first race, for which he took on Wilson as his navigator, they finished third in their class, covering more than 1800km in under 45 hours, despite mechanical problems, running into a giant cactus and no sleep.

Casey’s since competed in another six Baja races, racing over 8000km.

He and Wilson were also due to compete in this month’s Baja 500, but they didn’t get to the start-line due to “some dramas with the truck”.

What he enjoys most about racing is the competitive side – “I become a different person behind the wheel”.

Sadly, Baja legend ‘Pistol’ Pete Sohren, whom he’d befriended and who lent him his first race truck, was killed in a non-racing accident early this year.

“You learn to be quite street-wise, quite quickly, both on the street and in business.”

At this stage, he’s thinking of shifting his family to Queenstown when their daughter Charlotte reaches school age.

“Queenstown’s a bit of a bubble – it’s probably the easiest place in the world to live if you’ve got a little bit of money.”