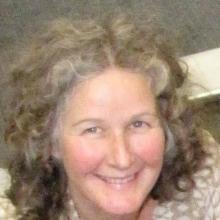 Niki Mason.
A house in Queenstown's Lake Hayes Estate has sold for $1.22 million, a record for the estate and the latest example of the resort's hot market.

The six-bedroom, three-bathroom house was snapped up at an auction in the resort last Friday, by an Auckland buyer bidding by phone.

Three people were bidding past $1.1 million.

Hoamz agent Nicole Bell, who listed the house, said there was huge demand from Queenstown residents and from people elsewhere, including cashed-up Kiwis returning to New Zealand from overseas.

''We just can't hang on to listings. They're selling so quickly.''

Built in 2006, the Sylvan St property sold at auction has six bedrooms and three bathrooms.

The 328sqm house is as big as some new sections coming on to the Queenstown market.

The property sprawls over 1634sqm.

''We're not going to see many more properties selling at that price because there aren't that many six-bedroom properties in Lake Hayes Estate.''

The Sylvan St house's owner, Josh Brown, was reluctant to talk about the sale but confirmed he and the family were returning to Australia.

''Queenstown's been fantastic to us. It's been nine fantastic years of our life.''

But the hot market is not good news for everybody.

Some were spending more than half their income on rent and others worried about being evicted by landlords wanting to hike prices.

Many are living week-to-week.