'I could not be happier': Delight at travel bubble

"This is the saviour."

Those were the words of Queenstown Lakes Mayor Jim Boult who could not wipe the smile from his face late yesterday afternoon after learning quarantine-free travel between New Zealand and Australia will start in less than a fortnight.

"I could not be happier." 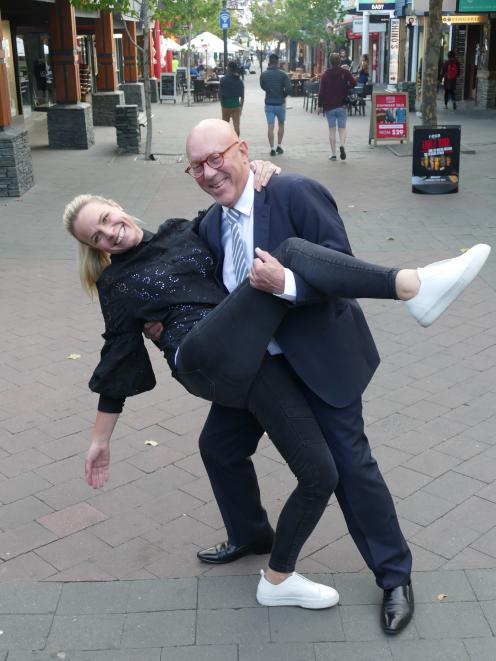 He said he had done "umpteen" interviews with Australian media organisations yesterday before the announcement, "and they are ready to come".

That was evident at The Rees Hotel, where about 130 room bookings, primarily for July, came in from Australia between 5pm and 6.30pm.

Chief executive Mark Rose said he also received one booking for April 19 and "a little bit" for May.

Queenstown Airport Corporation chief executive Colin Keel said the airport would be accepting only "green zone" flights — initially there would be about 40 flights, both arrivals and departures, between Queenstown and Australia per week.

Direct scheduled services would be operated by Air New Zealand and Qantas between Queenstown and Sydney, Melbourne and Brisbane to start.

"Within the coming weeks we expect Jetstar and Virgin Australia to confirm the recommencement dates for their services, including the Queenstown to Gold Coast route," Mr Keel said.

Safety of travellers and the public would continue to be of paramount importance.

Mr Boult said he had been given assurances by public health authorities "all steps" would be taken to ensure there was minimal risk to the community at large, and vulnerable people, particularly.

"Businesses will have customers coming in numbers that hopefully will make the businesses viable again."

"It’s exceptionally good news for the whole community and the region in general.

"It’s great for business, great for the workforce who, as we know, have been working on reduced hours ... and also really encouraging for mental health.

"Last year we all survived on hope and what we didn’t know ... [yesterday] there was just this huge sigh of relief."

Wayfare chief executive Stephen England-Hall said while it was welcome news for the tourism industry, it was also brilliant for those who had been separated from loved ones in Australia for over a year.

"I’m really feeling, I guess, heart-warmed for those people ... I think that’s what the big kicker is today."

He acknowledged, however, those who were concerned about the borders opening and the increased risk of community transmission that may result in.

"[But] if there was going to be a material increase of risk to Kiwis, I don’t believe the Prime Minister would have made that decision."

At Dunedin’s Vincent George Travel yesterday there was excitement tempered with apprehension among would-be travellers.

Travel broker Rosann Connolly-George did not expect huge numbers of travellers rushing back and forth immediately, but said the announcement offered clarity for travellers and a boost for travel agents.

Flight Centre NZ managing director David Coombes said demand for a transtasman bubble had been steadily increasing from both sides of the Tasman over the past couple of weeks and staff had already been taking bookings.

Otago Peninsula Trust ecotourism manager Hoani Langsbury said in the past Dunedin’s royal albatross colony had relied on visitors from the United States, the United Kingdom and Germany.

But Australians, who had made up 8% of the visitors, could increase to 30%.

However, Mr Langsbury feared with open borders more New Zealanders would leave than Australians came in.

Dunedin Mayor Aaron Hawkins said Otago needed to make sure incoming visitors more than made up the difference between those who would now head to Australia instead of travelling domestically.

It was also welcome news for many other sectors, such as hospitality and events, that had borne major financial strain due to extended border closures, she said.