Detective senior sergeant Malcolm Inglis says interview delays have been caused by staffing issues. Photo: Getty Images
An alleged sexual assault victim says she is traumatised and planning to make a formal complaint after waiting months to be interviewed by Queenstown police.

Officers trained to interview sexual assault victims are having to travel from either Dunedin or Invercargill to interview victims, after Queenstown’s two trained staff stepped down.

One alleged victim, who Mountain Scene has agreed not to name, says she still has not been interviewed by Queenstown police about her historic complaint despite making it several months ago.

She is complaining to the Independent Police Conduct Authority.

She says she last heard from police on July 5, when an off-duty officer told her in a text message he was trying to find out where things were at, but there was "a lack of qualified interviewers at the mo-ment".

"I can’t sleep, every aspect of trauma has increased," the woman says.

But detective senior sergeant Malcolm Inglis says the delays are only short term.

"Sexual violence victims of any kind are usually interviewed by what we call a ‘level three interviewer’, someone who is specially trained in the interviewing of victims of sexual crimes," he says. 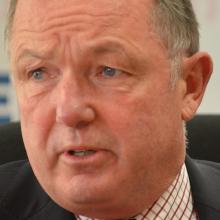 Detective senior sergeant Malcolm Inglis
Queenstown did have two of those interviewers at the start of the year, but one stepped down from the role.

"They’d done it for several years, it became too much.

"The other interviewer we had recently resigned, which puts us under a wee bit of difficulty."

One Queenstown staffer is undergoing the training next month, and another will complete it in September.

He says the roles can be busy.

"We had five to do the other week, so we had two interviewers come from Dunedin to do those.

According to police stats, there were 49 reports of sexual assault in Queenstown in the 12 months to May.

Despite the issue, Inglis says they try not to keep victims waiting.

"If they’re brave enough to come in and make the complaint, we do try and move them along as quickly as we can."

There’s also some longer-term support on the way, thanks to a significant staffing boost for Queenstown and the Otago-Lakes area. 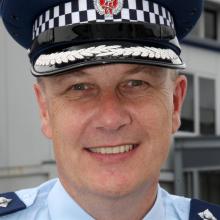 That’ll add to its current ranks of 53.

It’s a result of the government’s policy of boosting police by 1800 staff across the country over four years.

Jensen says the boost will include staff in the sexual abuse and child protection areas, as well as the resort’s first dedicated organised crime unit.

The organised crime staff, due to arrive in the 2021/22 year, will focus on gangs and drugs, he says.

It follows a major meth bust last month, where $200,000 worth of methamphetamine and more than $30,000 in cash was recovered in urban Queenstown.

At the time, Inglis said cops were concerned gangs were bringing an increasing amount of meth into the area, and there was also a growing gang presence.

Jensen says they want to focus on the dealers, who are the ones "who cause harm in our community".