Judge 'got it wrong' over assaults discharge 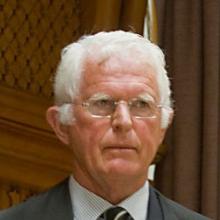 Justice David Gendall labelled comments by the previous judge "misguided".
A man who assaulted his wife, daughter and best friend in Queenstown after uncovering an affair has been convicted after the Crown appealed a decision to discharge him without conviction.

Justice David Gendall found Judge John Brandts-Giesen erred by allowing the 58-year-old man, who has name suppression, to be discharged after he admitted the assaults on September 14 last year.

Comments the judge made at the time of his decision had been "misguided", "unfortunate" and attempted to normalise and minimise the offending and blame the victims, Justice Gendall said.

Judge Brandts-Giesen first erred because his assessment of the gravity of offending was "clearly wrong" and secondly because there was insufficient material before him to find the consequences of convictions were out of all proportion to the gravity of the offending, he found.

Justice Gendall's decision said the man was socialising at a bar in Queenstown with the victims when he saw text messages between his wife and best friend "declaring their love for each other".He left the bar and soon afterwards found the group in the CBD, went straight up to the male victim and assaulted him.

A struggle ensued and he grabbed his daughter by the throat and pushed her to the ground when she tried to separate the two men.

He then kicked his wife in the ribs as she tried to pull the two men apart.

"This caused her to fall backwards on to the ground."

In the Queenstown District Court, Judge Brandts-Giesen had said it was a "nasty assault" on one level but on the other it "had to be seen in its context" and the defendant "saw red" when he discovered the affair.

He then said "there would be many people who would have done exactly what you did, even though it may be against the law to do so" and, later, that it was a situation "that does your wife no credit and the [male victim] no credit".

He considered while the actual assaults were moderate to serious, the context reduced the seriousness, as did his previous good character, and found the offending was at a "moderate level only".

Justice Gendall considered Judge Brandts-Giesen's assessment of the gravity was "misguided" and said he appeared to have been influenced by the views of the defendant's wife.

The "unfortunate" comments the judge made during the hearing also seemed to be "influential" in his reasoning, Justice Gendall said.

"[The comments] attempt, first, to normalise and minimise the respondent's offending and secondly, to blame the victims here ... In my view, this is quite wrong and it worked to significantly derail the judge's assessment of the gravity ... here."

He also found the test for a discharge without conviction - that the consequences of convictions were out of all proportion to the gravity of the offending - was not made out.

Justice Gendall granted leave for the appeal, set aside Judge Brandts-Giesen's decision, entered convictions on all three charges and ordered the matter be remitted to the Queenstown District Court for sentencing on May 7 before Judge Alistair Garland.

"For the avoidance of doubt, the sentencing process approach is to be conducted entirely afresh."