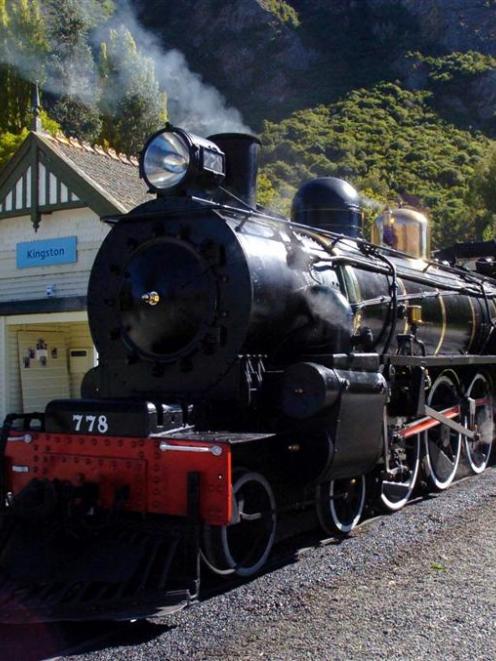 The Kingston Flyer vintage steam train operation is on the market with a price tag of $3 million.

But the major shareholder, Dan McEwan, of Auckland, says it is not being sold to provide investment funds for the Dunedin Hilton Hotel development or the Kingston village project he is also involved in.

"I head a number of companies, each of which has other investor partners.

We don't move money around from one to another.

Each project has to stand on its own two feet," he told the Otago Daily Times last night.

The Kingston Flyer was not a core business for a development company, which he said was essentially there to "have land and build buildings".

"The train is a stand-alone business which is excellently managed.

"We would love to see it sold to someone who will love it, look after it and be passionate about it."

The business was on the market as a going concern and the owners intended to sell it in one piece or not at all, Mr McEwan said.

"We're not going to sell to just anyone. . . we won't be selling the trains to someone in Auckland to put in their back yard."

If no suitable buyer emerged, the business would be retained, he said.

Rumours about the project being in financial difficulty have been circulating in Dunedin for some weeks, but Mr McEwan said they were "just rumours".

The 34 apartments were now all sold, and the company had placed a large advertisement in Saturday's ODT calling for expressions of interest in other parts of the building.

Kingston Acquisitions Ltd and Kingston Enterprises are behind plans for a multimillion-dollar development in Kingston to include a boutique hotel, shopping area, restaurants and foreshore landscaping.

Mr McEwan said that project was also on track, although the present financial climate meant it was likely to be staged over a lengthier period than first envisaged.

The Kingston Flyer started operating as a tourist train in 1971, run by the New Zealand Railways Department.

It initially ran between Invercargill and Kingston but the last train to Invercargill ran in 1979 and regular track closures forced it eventually to retreat to the 14km Fairlight-Kingston section.