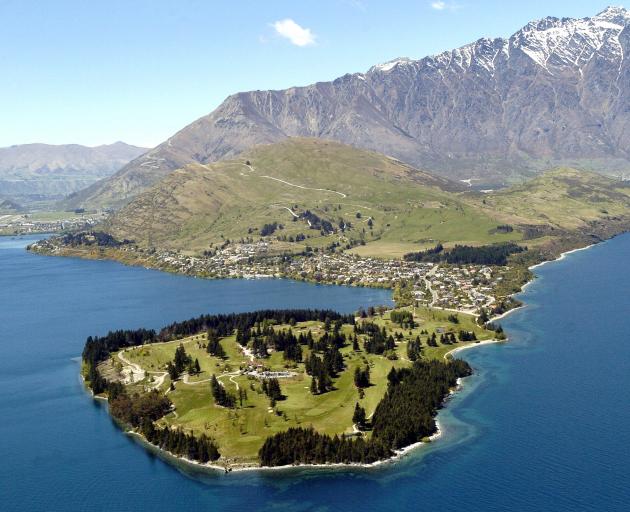 A new study of Lake Wakatipu could help scientists understand the chances of a landslip or tsunami hitting Queenstown. Photo: Gerard O'Brien
Niwa researchers are mapping Lake Wakatipu to study the potential risk of landslips and tsunamis in Queenstown during an earthquake.

This week, scientists are surveying the lake floor using advanced sonar equipment, which uses sound to measure how deep the seabed is and what is sitting on the surface.

Marine geologist and project lead Dr Joshu Mountjoy said studying the lake floor can show whether landslips or tsunamis had happened in the past.

''We are looking for big piles of rocks - if you have an avalanche or landslide coming down the mountain, when it reaches the valley floor, it forms a big pile of debris and dirt.

''The big question is have these things happened in the last 1000 years ... The conditions are pretty much the same as we have now, so if it happened then, there is every reason it could happen again.''

The findings will create the most detailed picture of the lakebed ever produced, Dr Mountjoy said.

The study follows a pilot programme at Lake Tekapo two years ago, when researchers found it would be possible for a 5m-high wave to hit the shores there.

Dr Mountjoy pointed out while many people believed tsunamis could only happen in oceans, there had been such events at lakes, in places such as Canada.

Given gigantic cliffs line Lake Wakatipu, a landslip or tsunami would cause significant damage to Queenstown's community and infrastructure, he said.

Lake Wakatipu is New Zealand's longest and the country's third largest lake and located close to one of the country's largest earthquake sources, the Alpine Fault.

''Mountains are 1500 metres above lake level, so if you have a big rockfall into the water these can cause really big waves.''

Two researchers are currently working at the north of the lake, while four others are tasked with analysing the data. Preliminary results will be released later this year.

''The big question is have these things happened in the last 1000 years ... The conditions are pretty much the same as we have now, so if it happened then, there is every reason it could happen again.''

The bigger question being ... what is the cost of doing this reasearch and is it going to produce a feasible plan for protecting the heavily populated areas and give a reliable time-frame for any future seismic event which may cause a tsunami ??

If not, then this research must surely be aimed directly at lining the pockets of the researches and their 300 page "best guess" at the end of it ... lets get real here, even if a future event could be predicted, no amount of research is going to stop it happening.

Maybe the geologists and other researches should be concentrating on finding a means of building 21st century roads into Queenstown from Cromwell and Kingston to provide safer travel than the 19th century coach and horses roads currently being (over) used by the thousands of busses, heavy transport and camper vans every year.