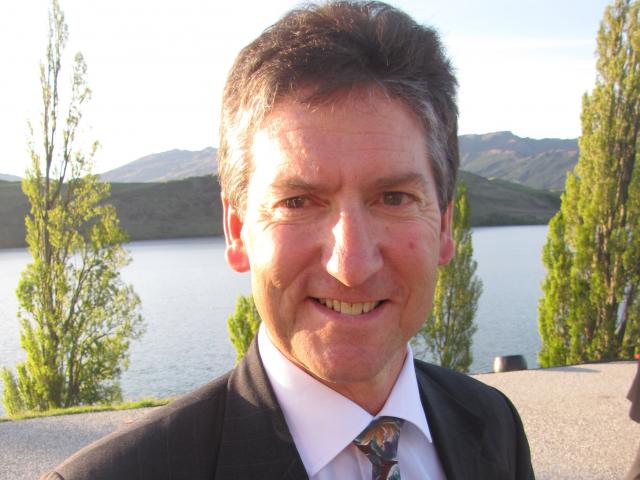 Russell Mawhinney.
Queenstown lawyer Russell Mawhinney has been formally warned by the Overseas Investment Office (OIO) after it found he twice gave incorrect advice to investors about land purchases.

United States philanthropists Debbi and Paul Brainerd initially failed to get OIO consent for their purchase of the Glenorchy camping ground in 2014, after Mr Mawhinney told them the land was not classified as ''sensitive'' under the Overseas Investment Act.

The OIO retrospectively approved the purchase the following year, but the Brainerds had to pay a penalty.

After a complaint from a member of the public, it decided to investigate whether Mr Mawhinney had incorrectly advised other overseas investors.

The report of its investigation, published on the OIO website, says it reviewed 364 transactions in which Mr Mawhinney acted for purchasers from 2012 to 2016.

It found one other transaction, in 2012, in which sensitive land on Queenstown Hill was sold to an overseas investor without consent as a result of his advice.

In an emailed statement, Mr Mawhinney told the Otago Daily Times he accepted the OIO's findings.

''It is a complex area of law. We now choose to focus on property and business law, and work with specialists wherever necessary.''

In a letter of formal warning to Mr Mawhinney last month, OIO enforcement manager Kirsty Millard said the need for a consent was ''clear'' in both cases.

In the case of the camping ground, he had misinterpreted the Act in relation to what constituted sensitive land.

The report said Mr Mawhinney had co-operated with the investigation and ''acknowledged and regrets his errors''.

He had agreed to stop giving legal advice on Overseas Investment Act matters, to remove any claim to give such advice on his website and marketing material, and to undergo ''appropriate education'' about the Act.

Mr Mawhinney said he would approach the OIO about resuming giving advice about the Act ''once I've undertaken more training''.