Lifts for summer hikers and bikers 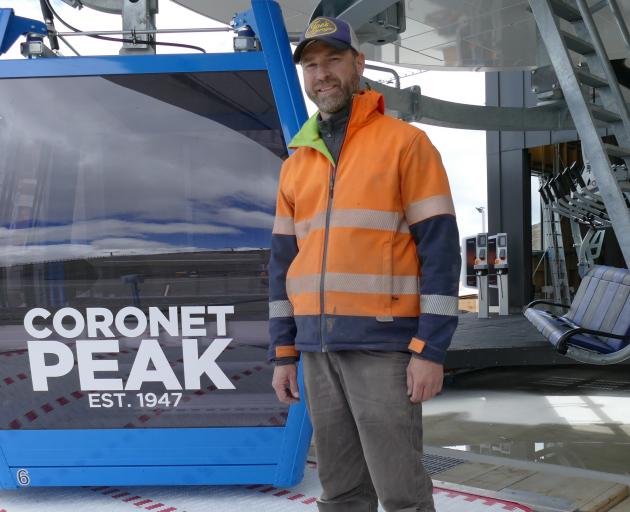 Coronet Peak maintenance head of department Ants Webb pictured with one of the skifield's new eight-seater gondola cabins, which will begin summer operations on December 1. Photo: Tracey Roxburgh
The Department of Conservation has given temporary approval for NZSki to use eight of its new gondola cabins at Coronet Peak this summer while it considers the company's 40-year concession application.

Earlier this year the ski field operator lodged the application, which included a long-term plan to install a "Snow Factory", capable of making snow year-round.

NZSki chief executive Paul Anderson said the company had met the department last week and was told Doc was three-quarters of the way through writing the decision, but it has not given a timeframe for its completion.

In the interim, however, it has given permission for Coronet Peak to run the new eight-seater gondolas on the new Coronet Express this summer, between 11am and 6.30pm daily, to transport foot passengers and hikers.

And, for the first time in about 30 years, the mountain will be opened up for a full season of mountain biking.

Long-term, the cabins would be attached to the Coronet Express line during the ski season as well.

Work had begun at The Remarkables on the installation of a new six-seater, $16million, Doppelmayr high-speed chairlift, originally due to be in place last summer.

Search for missing fisherman to resume to tomorrow