By Mike Houlahan and Guy Williams and Cass Marrett
0 Comments

Photo: ODT files
Queenstown has had its first brush with the Omicron variant of Covid-19. 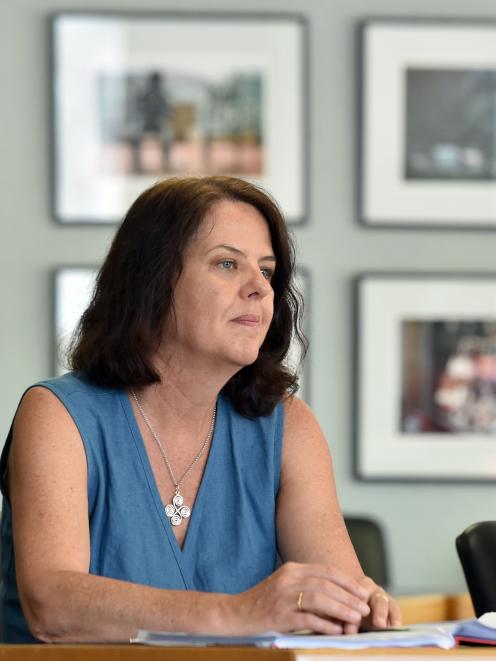 Dr Susan Jack
A visitor to the town became symptomatic after returning home from their holiday in the South, but indications were they could have been contagious at the very end of their stay, Southern District Health Board medical officer of health Dr Susan Jack said.

Just two locations of interest had been noted — the Hotel St Moritz for 12 hours on January 22, and Queenstown Airport from 2.15pm-3pm that day.

The case then caught a flight to their hometown and officials were last night still assessing if the flight was also a location of interest, Dr Jack said.

"The person did not become symptomatic until after they had left Queenstown, but because we say people are infectious up to two days before, the earliest day that they were still in Queenstown was the 22nd, hence we have put up those locations of interest.

"In this instance we are confident in the advice we have given."

St Moritz general manager Jo Finnigan said she had been told that the guest was considered infectious only on the last day of their stay.

"Very fortunately, this guest did nothing on the 22nd but walk down the corridor, catch the elevator and check out," Ms Finnigan said.

"Our best understanding of their movements was that it was about a 15-minute window."

"The advice is that we monitor our health and that we get tested if we have any symptoms.

"We are a fully vaccinated Fort Knox here, and therefore we’re all mask wearing, and of course we have very strict cleaning and sanitation protocols.

"We feel the risk is relatively low in this case."

"Queenstown Airport also has a vaccination policy in place."

Dr Jack said the first known case of Omicron in the South was a timely warning the disease was spreading across New Zealand and Otago and Southland would not be immune.

"We have been watching numbers climb elsewhere and it really is only a matter of time, so we certainly encourage anyone who is symptomatic to go and get tested," she said.

"Our testing rates are low right across the region and that means we’re less likely to pick up if we have Delta or Omicron cases circulating unless people do go and get tested."

One major plus for Queenstown was the town’s very high vaccination rate, which would likely slow down the spread of Omicron if the visitor had indeed passed it on to someone in the community, Dr Jack said.

"The more people who are vaccinated the better, and the important thing for stopping Omicron is that as soon as they are eligible that people get their booster shots."

"It is critical to get that shot as soon as possible. It will protect you from Omicron infection and give you great protection against really a severe disease that might land you in hospital or ICU," Dr Jack said.

Queenstown Lakes Mayor Jim Boult said he was "not surprised" new locations of interest had been announced in Queenstown.

"Sooner or later, we’re going to have folk here who end up in our community with Omicron," Mr Boult said.

"At this stage the DHB advise me they are only places of interest and clearly they’re watching."

He was aware testing numbers in the resort were "reasonably low", and encouraged anyone who was near those places of interest and had "any signs of any illness at all" to get a test "really quickly" and self-isolate.

Yesterday, the Ministry of Health reported 34 new cases of Omicron in New Zealand and 45 new community cases in all.

It also confirmed Omicron cases had been linked to the Soundsplash music festival held in Hamilton last weekend.

Four community cases were reported in Christchurch after the ministry’s reporting deadline, and the city’s airport was added as a location of interest on Monday afternoon from 5pm-5.30pm.