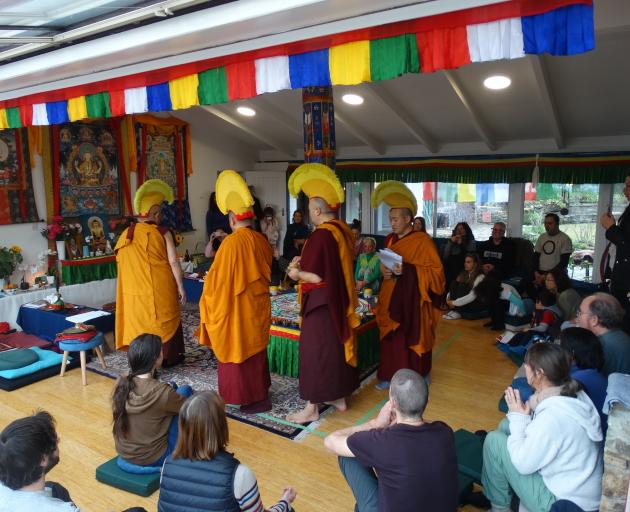 Known as a mandala, it was created by visiting Tibetan Buddhist monks Geshe Jamyang Sherab and Karma Gyasey at a house in Sunshine Bay.

Chenrezig is the buddha of compassion, while a mandala represents the deity's house, or palace.

It had been "joyous" work for the monks to construct the mandala, Ms Schlebach said.

The closing ceremony involved four monks praying to Buddhist deities and the making of offerings before the mandala was destroyed and the sand placed in urns.

They were taken to the shore of Lake Wakatipu in Sunshine Bay.

There more prayers were said before the sand was cast into the water.