Measuring the world with laser precision 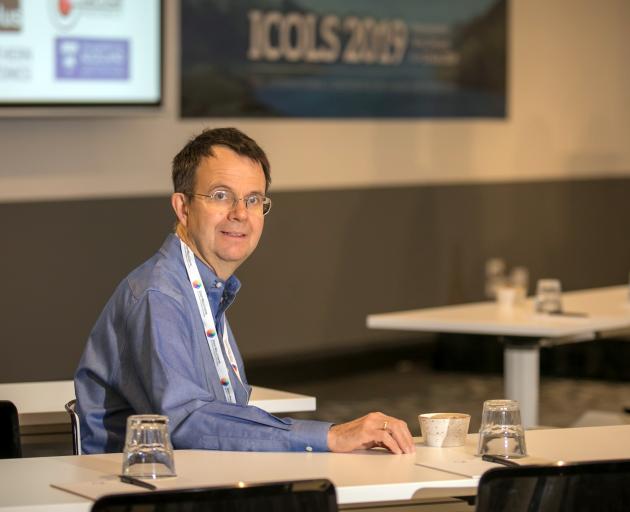 Physicist Eric Cornell is attending the 24th International Conference On Laser Spectroscopy and will also be speaking at Otago Museum on Monday. PHOTO: 222 PHOTOGRAPHIC STUDIOS
A group of leading scientists, including the world's best atomic clockmaker and a Nobel Prize winner, are spending time in Queenstown this week.

The 24th International Conference On Laser Spectroscopy, which began yesterday and runs until July 12, includes 170 attendees from 17 countries.

Attendees will discuss how they use laser light to make increasingly precise measurements of the world around them - such things as time, mass and gravity.

The conference is hosted by the Dodd-Walls Centre, New Zealand's national research group for photonic and quantum technologies, which is based at the University of Otago.

Dodd-Walls Centre director David Hutchinson said it was an honour to be chosen to host the conference. New Zealand was a world leader in quantum physics, the science of the ultra-small.

"If we could only see on the scale of metres and seconds, we never would have discovered that quantum physics exists at all.

"That discovery was made possible by better measuring techniques that revealed the nanoscale."

Prof Hutchinson said it was the 24th conference since 1973, and only the second to be held in the southern hemisphere.

The conference was traditionally held in a resort and it was a "real honour to have it here in Queenstown", he said.

The star line-up of speakers includes Eric Cornell, who won the Nobel Prize for creating a new state of matter in the lab, throwing the gates open to explore the quantum realm.

Known as a Bose Einstein Condensate, this quantum state of matter makes it possible to observe and play around with quantum effects large enough to see and measure in the lab.

Mr Cornell will also be holding a public lecture on Monday at Otago Museum, "Investigating Supersymmetry".

Other conference speakers include the world's best clockmaker Jun Ye, from the University of Colorado in Boulder, top expat Kiwi clock builder Murray Barrett, and Howard Carmichael, billed as New Zealand's best-known scientist in the field.

Mr Hutchinson said the clock-makers were working on atomic clocks, using caesium to define a second.

Clocks could be made even more accurate using other elements, and soon the definition of a second would probably change, Prof Hutchinson said.