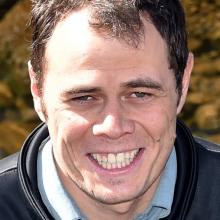 Peter Wilson
Finding a framework for a proposed Remarkables National Park that addresses Ngai Tahu’s concerns is a key to the park’s creation, a proponent says.

Federated Mountain Clubs (FMC) president Peter Wilson says he is as optimistic about the park’s long-term prospects as he was last June, when FMC and Forest & Bird launched their campaign to lobby for the proposal.

FMC had discussed the proposal with Ngai Tahu and was keen to continue the talks to explore how to better address iwi values in the park’s framework, Mr Wilson said.

He was encouraged by an agreement reached by four Taranaki iwi as part of Treaty of Waitangi settlement negotiations that would give them sovereignty over land within Egmont National Park.

That provided a model that could be applied to the Remarkables proposal, he said.

The authority  was reviewing its general policy for national parks and FMC would be pushing for a better framework to recognise iwi values.

The proposed park spans a vast area of Otago and Southland that includes the Remarkables, Hector, Garvie, Old Man and Old Woman mountain ranges. It would encompass the watersheds of the Wye, Nevis, Waikaia and Pomahaka Rivers, and traverse or neighbour many high-country stations.

FMC argues the land is inadequately protected under its current stewardship land status, and could be mined or swapped.

Mr Wilson said the expected completion this year of tenure review for Southland’s Glenaray Station would be an important step in creating a Remarkables National Park.

The 65,000ha station ran through the heart of the area and linked several existing conservation areas. The tenure review process could be completed within the next six months.

"That’s the key moment for making a decision about the future land status of the area. We’ll get to see what land we’ve got to play with."

He had been surprised by a negative reaction to the proposal from "low-level" Doc staff.

"I think it’s important for the department not to insert their own views — they work on behalf of the public. That’s why we call it public conservation land, not Doc land."