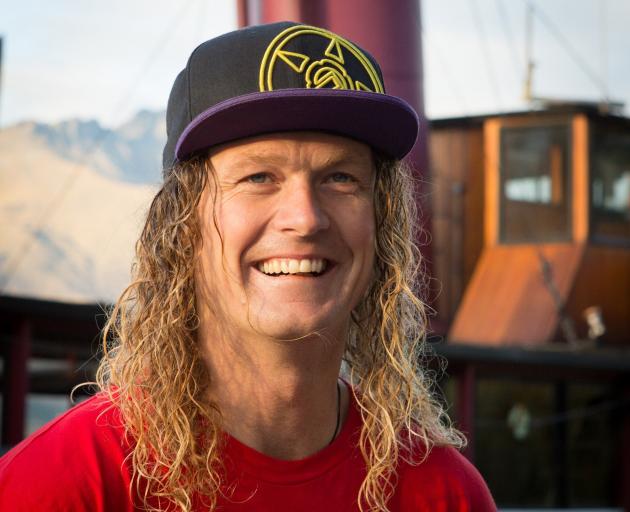 Kelly ‘McGazza’ McGarry. PHOTO: RIVERLEAPHOTOGRAPHY.COM
Queenstown's mountain biking fraternity is coming together over the next three days to remember a favourite son, hit some "hero dirt" and party.

McGazzaFest 2021 turns five this weekend, something its organiser from the start, Fraser Gordon, finds hard to believe.

The inaugural event was created in memory of one of the resort’s most accomplished competitors, professional rider Kelly McGarry — known within New Zealand’s biking community as McGazza — who died from heart arrhythmia, aged 33, while riding the Fernhill Loop trail on February 1, 2016.

Mr Gordon said for those who knew McGarry, the festival was an opportunity to get together and celebrate his legacy.

"It’s quite a bonding time, it can get quite emotional, but it’s really good for us.

"We get people coming from different parts of the country — some of Kelly’s old friends from Nelson come down — and we reminisce and have a beer and tell some stories about him."

McGarry achieved global fame for a breathtaking 22m backflip over a canyon gap during the Red Bull Rampage in 2013.

Captured on a camera mounted on his helmet, the footage of the jump has clocked up 195 million views on YouTube.

His death led to the formation of the Kelly McGarry Foundation, and it and the Queenstown Mountain Bike Club have hosted the McGazzaFest every year since 2017.

Today at 6.30pm, a fancy dress "mega train" of friends, family and fans dressed as McGarry will ride down from the Skyline gondola to the Atlas Beer Cafe.

Tomorrow’s schedule includes races, jumps and coaching sessions from 10am, before a party at the Lone Star Queenstown.

The festival ends with the McGazza Memorial Ride around the Fernhill Loop on Sunday, starting at noon at the Beached As trail, and the free entry Gorge Road Jam between 3pm and 6pm.

Mr Gordon said he expected between 150 and 200 participants at each event, and up to 1000 spectators at the Dream Track Jam tomorrow night.

New this year was a free jump training session for children, aged under 18, at the Wynyard Jump Park in Fernhill.

McGazzaFest was "all about participation and socialising", he said.

"We don’t charge any entry frees, we just want people to come along and have a good time.

"The trails are going to be amazing, with the rain we’ve had earlier in the week, so we’re quite excited about that.

"It’s been quite dry, and when you get moisture back into the trails, it makes the dirt really tacky and grippy again.