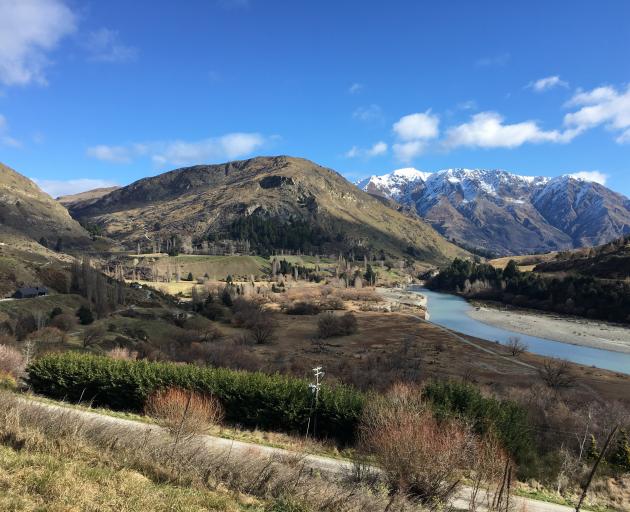 Land in the Tucker Beach area the Middleton family wants to see used for a 200-home development. PHOTO: JOSHUA WALTON
Tucker Beach residents are celebrating a small victory in their fight to stop a farming family's bid to allow a 200-home build on rural land.

An independent commissioner has reinstated the objection of the group to the Middleton Family Trust's request to rezone land near Queenstown Hill, after it was struck out in August by commissioners considering the Queenstown Lakes District Council's new district plan.

The group, now incorporated as the Tucker Beach Residents Society, had filed its objection in relation to the proposed district plan.

Society chairman Will Hodgson said it was "very pleased" with the decision over its opposition to the strike-out.

The group was growing in numbers, and members were determined not to let the blip slow down its opposition to the family's request.

"We fully support [the council] in its opposition to the Middleton proposal and will continue our efforts to protect the outstanding natural environment in the Tucker Beach area."

The Middletons want to rezone a chunk of their land, between the Shotover River and Lake Johnson, as low-density residential.

The society argues that Tucker Beach Rd will need to cope with an additional 9800 vehicle movements each week if the development should go ahead.

District plan commissioners initially rejected the residents' submission however, concluding the unincorporated group that filed it was not a "legal person", as defined and required by the terms of the Resource Management Act.

A recent decision by an independent commissioner brought in to look at the matter found the group was made up of two or more people with a common aim, making it a "legal person", and reinstated the submission.