By Miranda Cook
0 Comments
As the violinists swayed and the flute soloist trilled, mastery of the classics seemed effortless.

And demand for the "Symphonic Spectacular" concert was not lacking - it was a full house at the Wakatipu High School auditorium, about 330 tickets having been sold. 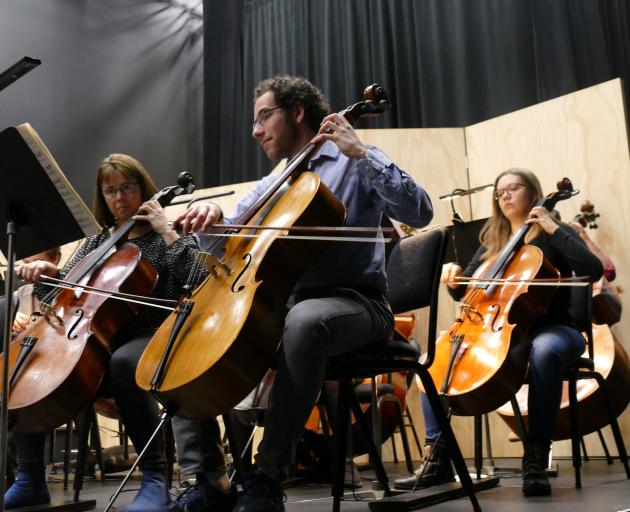 Orchestra general manager Philippa Harris said the theme was music through the ages, taking the audience on a classical journey from 1745 through to the 20th century.

About 35 musicians conducted by London-based Simon Over treated the audience to music by the greats such Bach, Mozart and Schubert.

"It's a wonderful picture of the rich treasure of orchestral music that is available," Ms Harris said.

Each musician was outstanding, and Over was able to get the best out of them all, she said.

"You would not think a city the size of Dunedin could manage a professional orchestra, but it can.

"And what is so good about that is it's really easy for us to pop on a bus and come to Queenstown."

Bill Moran, chairman of the local Turn Up the Music Trust, which hosted the concert, said for too long the region had been starved of good cultural events.

"This [concert] is providing the community something that has been lacking for 53 years in many ways," Mr Moran said.

The orchestra also invited the public to a free 45-minute rehearsal.

The trust wanted to encourage young people to learn a musical instrument and being exposed to an orchestra would hopefully ignite an interest, he said.

"Having an open rehearsal is about giving all of the community a chance to experience an orchestra for free."

Mr Moran said it was great to see a soldout event.

However, he felt this highlighted Queenstown's need for a performing arts theatre, which could hold a much larger audience and provide better acoustics.

"This is the start - what we are trying to show is that you can actually run major cultural events and break even, or make a small profit."