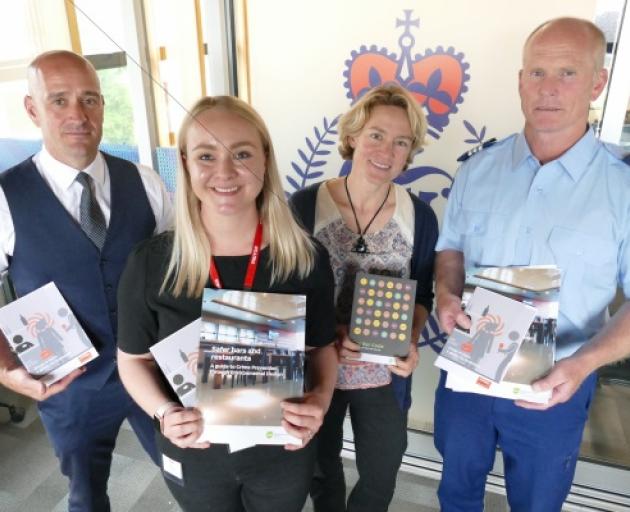 The man, understood to be a Queenstown local, started having seizures inside the Bungalow, on Camp St, at 3.25am yesterday.

Friends took him outside and he became unresponsive. It took about 15 minutes for him to come to.

Sergeant Chris Brooks says the incident highlights the dark underbelly of the resort’s drug problem – something that’s increasingly becoming cause for concern.

While that man’s friends told police he took 1 gram of MDMA, that’s probably not what he consumed.

Brooks says his team often hears from bar managers who’ve found evidence of drugs in their bars, and they’ve found it themselves.

“Every so often, just for our own interest, we find out what it’s made up of. Some would [look at it] and say ‘that’s Ecstasy, or MDMA, or meth’.

“In recent cases we’ve found one sample contained weed killer and one contained ketamine … it’s the stuff it’s cut with.”

Weaknesses were things that let them get away with it - dark, dingy, crowded bars, where it’s easy to hide away, and areas lacking in CCTV cameras, or where camera footage is low-quality.

Brooks says there’s not one bar in Queenstown that’s safe from it.

“If they think it’s not happening in their bar, they’re not looking, because it is. All of them. If it’s not evidenced inside their bar, there’s evidence outside and around it.”

Wood says there a few simple ways to help, including equipping security staff and bathrooms with UV lights which would reveal traces of drugs, depending on their
strength.

He says the ‘SWAP’ method can also help - increasing signage and cameras, spraying WD40 (or CRC) on surfaces in bathrooms so when drugs are put on them they either liquefy or congeal, increasing awareness around staff education and ensuring prosecution reinforces the consequences.

But, Brooks says, it’s not just a problem after-dark.

He points to a crash a few months ago on Malaghans Road in the middle of the afternoon after which the driver underwent a compulsory impairment test and blood test.

It revealed he had a cocktail of class A, B and C-controlled drugs in his system.

“How dare he? What was he thinking?”

Employers, too, needed to be mindful - Brooks believes all manner of tradies are both using and supplying drugs and says if companies were harder on random drug testing there’d be a large number found out.

“Employers have to understand when they arrive on Monday morning they’re still affected.”

Police are aware of high school students taking or selling drugs and there’s been a “substantial increase” in drug-related harm across the board in Queenstown in the past year, particularly in family harm.

“There was one point we were looking for an active offender that was committing high-end burglaries.

“As a result we were doing a number of search warrants around Queenstown – Lake Hayes Estate, Shotover Country, Arrowtown.

“Those were all addresses where he’d lived. There were hard drugs in … every house. Meth, all that sort of stuff. That’s really highlighted to us how much it was in our community.”

Brooks says Tuesday’s meeting, which also involved Hospitality NZ, Queenstown’s council and Southern DHB, was the first of its kind, designed to encourage the community to work together in the fight against drugs.

We're all Not going on a summer holiday.