'People are getting ripped off' 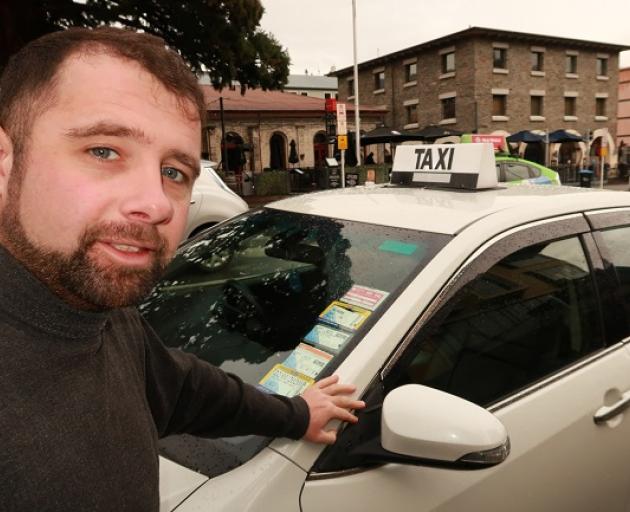 Other cabbies say it’s damaging not only their industry, but the resort’s reputation.

And Destination Queenstown boss Graham Budd weighs in: "We need to stamp out any behaviour that’s ripping people off, no question."

He believes drivers "should be welcoming ambassadors for our place, and provide a great service and at a fair price".

He says they’re often the first people visitors interact with.

The issue recently popped up in court after an Australian visitor was charged $51 to go from central Queenstown to Marina Drive – almost double the normal fare.

He was convicted for assaulting the driver, named as Luis Kreische, after finding him the following day and complaining he’d been "ripped off".

Rival cabbies, spoken to by Kreische not only regularly overcharges but also refuses short rides or insists on a minimum fare of $18.

That opened the door for a proliferation of independent cabbies – previously, only approved companies could operate, and fares had to be approved by NZ Transport Agency.

"People are getting ripped off," Hart says.

"It’s not just a matter for the taxi industry, we have concerns as NZers because people come to NZ and get blatantly cheated like this.

"And that just isn’t on when we rely on our tourists for a big part of our income as a country."

Queenstown Taxis boss Grant Scannell says he successfully lobbied the local council for a permit system, requiring cabbies to abide by several rules in return for being allowed to use cab ranks.

Those rules include accepting the first hire unless there’s a lawful reason to refuse.

The council’s handed out 150 permits but has given cabbies an amnesty till the end of next month before the system’s enforced.

Scannell’s confident the system will tidy up matters, however he notes that it doesn’t regulate fares.

Council media advisor Jack Barlow says it can’t govern driver behaviour, including what fares they charge, when they’re on the road.

"That lies with NZTA and, where applicable, the NZ police."

Meanwhile, independent cabbie Danny Flynn says he fears for his future if he gets lumped in with "a couple of bad eggs".

He says he’s taken short jobs from customers whom Kreische has refused to take.

"He’s basically getting all the good jobs and we’re getting left with the rest."

He’s wondering why he spent $500 to get a permit when there are problems like this.

He says he confronted Kreische – whom it’s understood hasn’t got a permit – over the issue.

"He told me he’s not breaking the law."

Is this a game? Rubbish writing ODT!