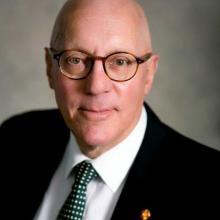 Jim Boult.
Options for the role of the Queenstown Lakes District Council Wanaka manager are still being considered but the appointment "will be progressed quite quickly", the council says.

Mayor Jim Boult promised a new council staff liaison or manager position would be created in Wanaka as he continued his campaign for re-election.

This week, council media and channels adviser Jack Barlow confirmed there were "currently no timelines, reporting line or role title to advise of, but council will be advertising the role once details are confirmed".

Wanaka Community Board chairman Barry Bruce said there was a Wanaka council manager years ago and it worked very well.

"He was the go-to person, he would facilitate meetings with the mayor, the CEO and other council staff and I certainly used the service in a positive way."

Wanaka Stakeholders Group chairman Michael Ross said the result "was a strong message from this community that they have not been listened to, and they will not accept lack of transparency and lack of consultation, and that they want to decide the future of their airport and their town".

Mr Bruce would not comment on the airport issue but he believed "the Mayor was certainly keen to become more engaged with Wanaka."

Mr Boult attended the Wanaka spatial plan workshop on Monday night at the Lake Wanaka Centre "to listen and to hear what everyone had to say".