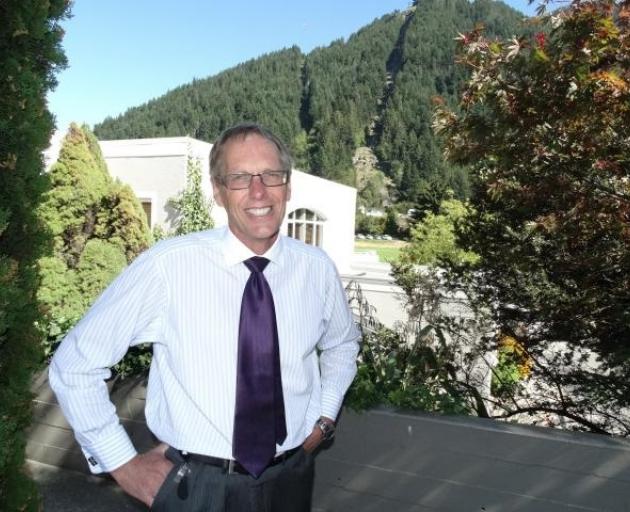 In a statement, the Queenstown Lakes District Council confirmed councillors "approved entry into a Memorandum of Understanding (MOU) with Ngai Tahu Property to explore development options'' for a site on Stanley and Ballarat streets, during a public excluded section of Thursday's full council meeting.

The site could house new council offices, library, performing arts facilities, and carparking, as well as a commercial component.

It has also been touted as a possible new home for Queenstown's Memorial Hall.

In the statement, council chief executive Mike Theelen said the council had "confirmed its commitment to a strong presence in the heart of the town and the mayor and council have asked that a partnership approach be explored particularly with a view to making the proposition more affordable''.

If successful, it had the potential to deliver a new council office at a much-reduced cost to ratepayers, he said.

"High-level discussions between QLDC and Ngai Tahu Property have helped build a better understanding of each other's development intentions and how a partnership approach might work.

"To give more structure and direction to these discussions both organisations have negotiated an MOU to guide further discussion.''

According to the statement, Ngai Tahu Iwi has a strong interest in the cultural, commercial and creative possibilities for the site, which has been "largely underutilised'' since the 1970s.

Ngai Tahu Property chief executive David Kennedy said it welcomed the opportunity to work in partnership with the council and the community.

"Signing a memorandum of understanding is an excellent representation of that intent and a modern reflection of iwi and local government partnership.

"We look forward to working with the council through the feasibility stage for the site which has the potential to be the cultural and civic heart for the Queenstown Lakes District.''

Te Runanga o Ngai Tahu deputy Kaiwhakahaere Matapura Ellison said Ngai Tahu and the Papatipu Runanga were "very excited'' about the development of the relationship with the council.

"We see significant potential for Ngai Tahu to add greater authenticity to the culture and history of Queenstown's town centre.

"Ngai Tahu has a long history in this region from before Pakeha/European arrival through to the significant investments made in recent decades.

"These include Ngai Tahu Property's development of the Post Office Precinct and Queenstown District Court, Ngai Tahu Tourism's operations in the area including the Shotover Jet and through Ngai Tahu Farming.''

Mayor Jim Boult said it was an "exciting and positive development for both parties'', and had the potential to offer valuable, contemporary facilities for the community and visitors to the district.

"Together QLDC and Ngai Tahu have the opportunity to deliver facilities for arts and performance activities and authentic iwi cultural representation in central Tahuna Queenstown, and that aligns perfectly with the work council is undertaking in developing a cultural masterplan.

"Fresh, modern commercial premises will hopefully also be a drawcard for new and diverse businesses into the area.''

He also suggested the site presented an opportunity for a replacement to the existing Memorial Hall, should that be required as a result of the arterial route work.