By Matthew Mckew
0 Comments
It has been renamed ‘Greenstown’.

Queenstown’s set to go viral Monday night under the new alias when the resort plays host to the Xbox X and S Series console launches.

A livestream’s expected to draw millions of views around the world on YouTube, Twitch and Facebook Gaming.

Xbox’s been tight-lipped about the plan, but trailers released over the last few weeks have revealed a virtual reality version of Queenstown they’re calling ‘Greenstown’.

Dart River, an area believed to be Wye Creek, the Remarkables, the CBD at night and the Southern Alps are clearly visible in a trailer that’s had over a million views already.

If the graphics are anything to go by, ‘Greenstown’ could be the latest setting for the $5 billion-selling Halo series — an RPG game exclusive to Xbox. 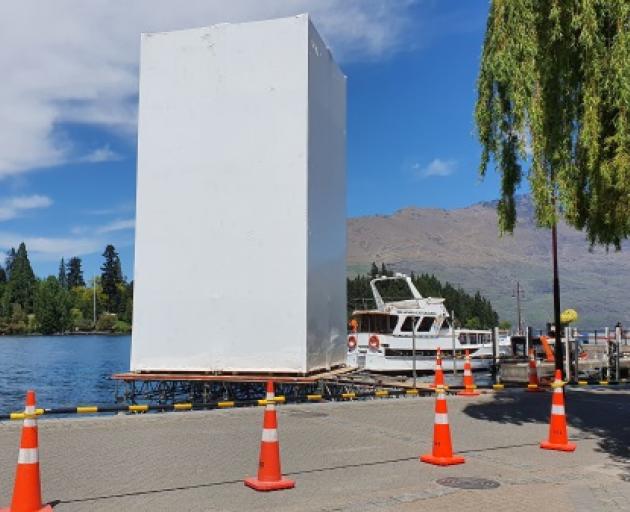 This giant structure's been erected on Queenstown's waterfront ahead of what's expected to be Xbox's X and S Series global console launch next week. Photo: Mountain Scene

The new console’s the fourth generation of Xbox, the last being released in 2013, and aims to take on rivals Playstation and Nintendo.

On Queenstown’s waterfront a giant white structure has been built next to the Million Dollar Cruise pier, which mimics the shape of the gaming console.

Projectors have also been installed and further temporary structures are being added.

Huge numbers are expected to tune in to the global launch — happening at 11pm Monday (New Zealand time) — with gamers hoping to catch a glimpse of the latest Assassin’s Creed game, Valhalla.

Xbox says on its website the launch will include behind-the-scenes footage of next generation games along with interviews with the developers.

‘‘We invite you to grab your device of choice and play alongside Team Xbox, your favourite creators, and our partners, right from your homes around the world.

‘‘We’ll host ‘Let’s Play’ segments with the creators, showcase special launch
highlights from around the globe and harness the power of gaming to raise vital funds for great causes.’’

Gaming’s been revolutionised in the last decade, with some gamers now earning millions from livestreams or competitive tournaments.