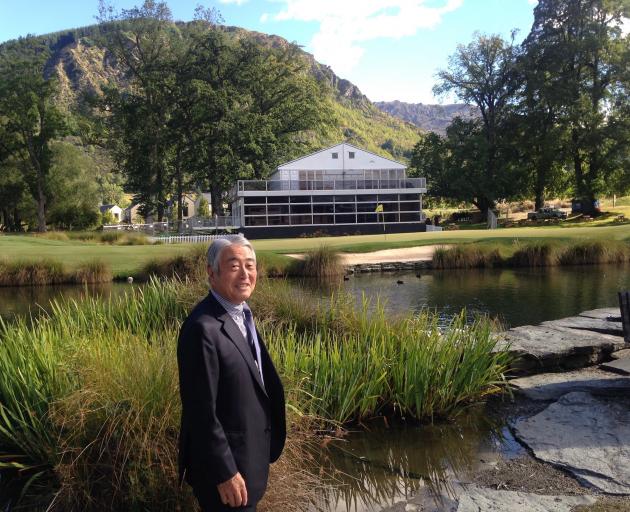 Eiichi Ishii. Photo: ODT files
It took a man from Japan to turn Arrowtown’s Millbrook into a world-leading golf resort.

Eiichi Ishii, who died last week after a short illness, aged 80, was not only Millbrook’s driving force, but also one of Queenstown’s foremost entrepreneurs and visionaries.

From a family who started Japan’s largest art supply company 100 years ago, Ishii was among a group who started developing the historic former Mill Farm in 1988.

In 2016, Ishii told Otago Daily Times that his mother, who’d divorced from his father when he was one and sent him to college in the US, overcame reluctance from the company’s other directors to let him invest in Millbrook.

"My mother’s theory was never give up – not only just on Millbrook but on any other thing."

After his mother passed away in 2002, his son Gota, who’s nowadays managing director, was brought into the business.

"If you had a big corporate developing there, it would be nothing like it is today."

He says Ishii’s vision was for Millbrook to be a convivial environment for people the world over to come together – many subsequently became property owners.

"A nice place for nice people", is how he often termed it.

In 2013, he talked to Mountain Scene about his family’s passion for Millbrook, which he called "paradise".

"It’s not within our thinking one day we will sell.

"He never spoke badly about people – he was humble, kind, a true gentleman.

"The family told me he was talking about Millbrook right to the end."

Chapman says he was "the consummate marketer".

"I have never met another person in all our tourism businesses that was a better marketer for NZ, Wakatipu, Millbrook."

She says he was also a good sportsman.

"He was a very strong swimmer, a good golfer, he used to play tennis and loved walking."

She says in his youth he was a very good weightlifter who’d wanted to go to the Olympics, but his mother had dissuaded him.

She adds that he often funded young local sporting talent.

Before the 2015 Open he was awarded the keys to Arrowtown, then the following year was made an honorary member of the NZ Order of Merit for his contributions to golf, tourism and NZ-Japan relations.

Without Ishii’s philanthropy, and that of co-host Sir Michael Hill, the Open wouldn’t be thriving like it is today, tournament director Michael Glading says.

In addition to the Open’s partnership with the Japan Golf Tour, Ishii saw it as a way of developing economic ties between NZ and Japan.

Glading: "Just the fact he was supporting the tournament in this country but it linked to his homeland, it was a great marriage for him."