By Daisy Hudson
0 Comments
Nicola Cruickshank thought her long nightmare might be coming to an end.

Sunday will mark 29 years since her toddler Amber-Lee Cruickshank went missing at a Cornwall St property in Kingston, at the southern end of Lake Wakatipu.

In April this year, police announced a $100,000 reward for information or evidence leading to the identity and conviction of anyone responsible for the 2-year-old’s disappearance.

Miss Cruickshank hoped the lure of a big payout would finally draw out someone with information.

But as the reward period comes to a close today, Miss Cruickshank (53), who now lives in Christchurch, was feeling deflated and exhausted. 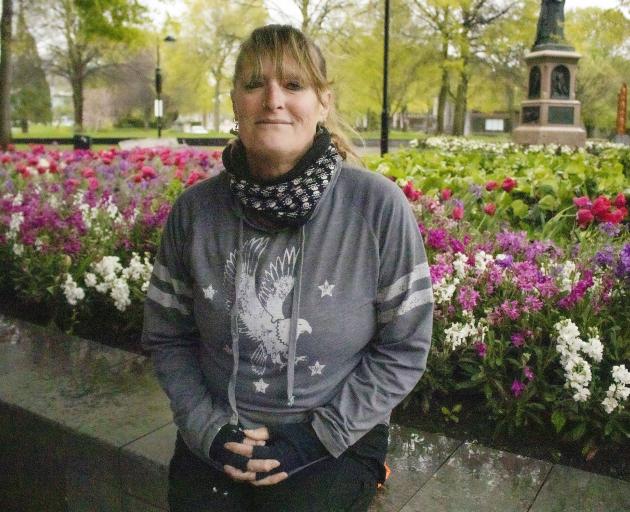 Nicola Cruickshank is still waiting for answers, 29 years after her daughter Amber-Lee disappeared in Kingston. PHOTO: GEOFF SLOAN
‘‘It’s quite depressing, really. I honestly thought that someone would have come forward.

‘‘We’re still no closer to the truth, or to finding her. It’s quite devastating.’’

For her, the reward offer felt like a last chance for new information.

Police said about 75 phone calls were received from members of the public during the reward period.

Miss Cruickshank said that blew her away.

‘‘I can’t understand why it’s taken a $100,000 reward and 29 years for people to come forward with the information they had.

‘‘Why didn’t they come forward a hell of a long time ago?’’

Some of the information provided during the reward period had not only been wrong, it had been harmful.

Someone had sent her photos of two girls who were supposedly Amber-Lee, grown up.

The police had interviewed at least one of them, and she was definitely not the missing girl.

‘‘She’s quite distraught by the accusation.

‘‘We’ve had a few funny things to deal with over the past six months. It’s hard to fathom that someone could even do that.’’

But it was not much different from the past three decades, she said.

There had always been rumours, and they had always turned out to be false leads.

Police declined to be interviewed about the case this week.

In a statement, Detective Inspector Stu Harvey said the investigation team was completing inquiries in regards to the information that had been supplied.

‘‘Due to the ongoing nature of the inquiry, police are unable to comment on specifics in regards to the information received.’’

Despite the reward period ending, it could be revisited if any member of the public had any further information on the case that lead to an arrest, he said.

Police would not comment on whether any reward money had been paid out.

Meanwhile, on Sunday, Miss Cruickshank will light a candle for her daughter, as she always does on the anniversary of her disappearance.

She has never given up hope, but she does not know what else she can do.

‘‘I just want to know where she is so I can bring her home. She was only 2 and a-half years of age, whatever happened, she didn’t deserve it.

‘‘And I sure as hell don’t feel me and my family deserve this nightmare, either.’’