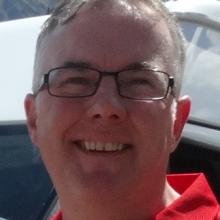 A week after the launch of the Ritchies-operated  $2 bus service, New Zealand firm Go Bus has introduced "Savy" to the resort’s roads — the first on-demand ride-sharing service in New Zealand.

It has a fleet of six minibus vans that users can book via a smartphone app.

They are then instantly matched with others going the same way.

Passengers meet their Savy either right outside or at a nearby corner, and can follow their vehicle’s route in the app as it approaches.

The service launched this morning with an introductory flat fare of $5.

Go Bus director Russell Turnbull said if that  increased, it  was likely to be by only a dollar or two.

"It fills a gap between the bus and the taxi," Mr Turnbull said.

"The van will never deviate more than about five minutes and will run even if there is only one passenger."

Queenstown is the first city in the southern hemisphere to get Savy, which is powered by technology developer Via. First launched in New York City in 2013, Via powers more than 1.5 million rides a month in major cities around the world. The Queenstown service will operate 6am to 11pm Sunday to Thursday, and 6am to 1am Friday and Saturday.

The current service  covers the Queenstown area, including Arthurs Point, Fernhill, Kelvin Heights and Lake Hayes, and there are plans for expansion. One-way trips are charged directly to the rider’s debit or credit card via the Savy app.