The woman responsible for the death of Arrowtown teenager Allanah Walker is appealing her sentence. 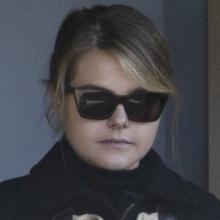 Isabel Tully Robinson
Tully Robinson (22), of Queenstown, was speeding, driving on the wrong side of the road, texting while driving and affected by alcohol when her vehicle collided head-on with a car driven by Allanah’s boyfriend, Astin Caldwell, near Arrowtown on August 22, 2020.

Allanah was killed instantly, and Mr Caldwell was seriously injured.

Robinson’s application for a discharge without conviction was dismissed by Judge John Brandts-Giesen in the Queenstown District Court on December 7.

She was convicted and sentenced to home detention for four and a-half months, banned from driving for 18 months, and ordered to pay $20,000 to Mr Caldwell and $15,000 to Allanah’s mother as reparation for emotional harm.

She was also ordered to complete a driving improvement course.

Defence counsel Kerry Cook said Robinson was only appealing her post-detention conditions, and was doing so on his advice.

‘‘She’s not appealing the conviction, nor the reparation, which had been paid,’’ Mr Cook said.

‘‘The appeal is a technical, legal one relating to the legislation and perceived errors made by the judge.’’

A nominal hearing date for the appeal has been set down for February 3 in the High Court at Invercargill.