A burst water main in central Queenstown caused chaos for several hours yesterday as businesses scrambled to keep their shops from flooding.

Water could be seen flowing rapidly from a burst pipe at the intersection of Shotover and Camp Sts just after 4pm.

It appeared to have entered at least four shops in Camp St. Water also ran down the Mall and Beach St. 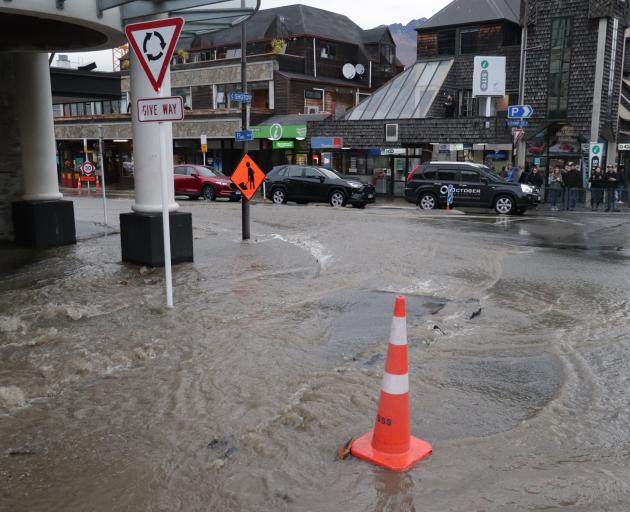 “I just heard someone kind of screaming and then I looked up and then it was like a river.”

The flooding was a blow after what Queenstown had been through with Covid-19 the past few months.

“I was talking to some girls down the road and they said, ‘Just when you think everything is getting back to normal and now there’s this’.”

A staff member from another business could be seen trying to block the building’s entrance with stacks of A4 paper, until firefighters arrived to stop the water before it caused any damage. 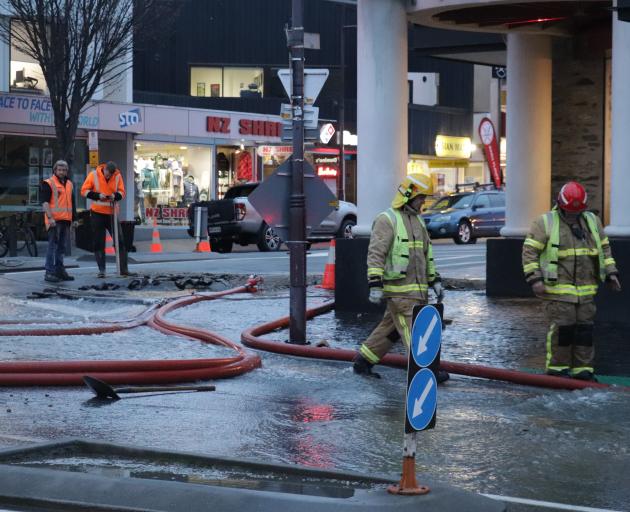 Firefighters assist in the cleanup after a water main burst at the corner of Camp and Shotover Sts in Queenstown yesterday. Photo: Hugh Collins
Staff members at Discover Queenstown, in Camp St, could be seen frantically covering the floor with cardboard.

A pedestrian in Camp St was telling drivers to divert up Ballarat St as moving cars
were pushing more water into shops, and police issued a direction to people not to drive in the area.

A Queenstown Lakes District Council spokesman confirmed the flooding was from a water main break in Shotover St, between Athol and Camp Sts. 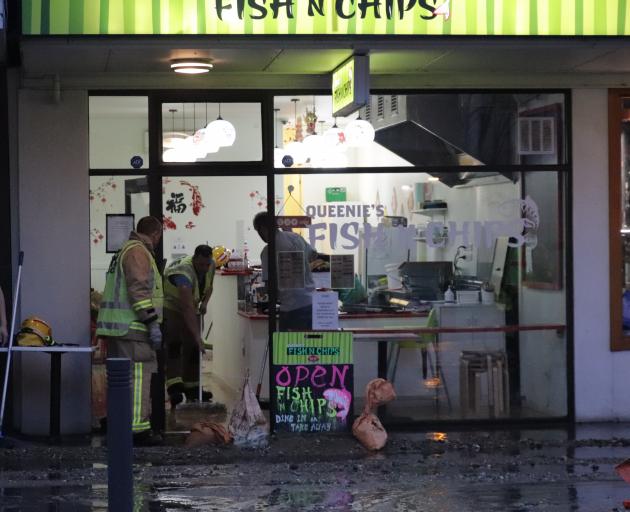 Firefighters help remove water from a Camp St shop. PHOTO: HUGH COLLINS
A contractor was at the scene yesterday evening having isolated the water supply, and repairs were estimated to take five hours from 6pm.

‘‘We haven't had any reports of significant damage to stores yet, and water was mostly contained within the road and stormwater system.’’

The cause of the burst main was still under investigation, he said.