By Cass Marrett
0 Comments
The smell of barbecued food wafted out of Queenstown’s St Joseph’s School grounds in overcast weather as the school’s annual book fair got under way yesterday. 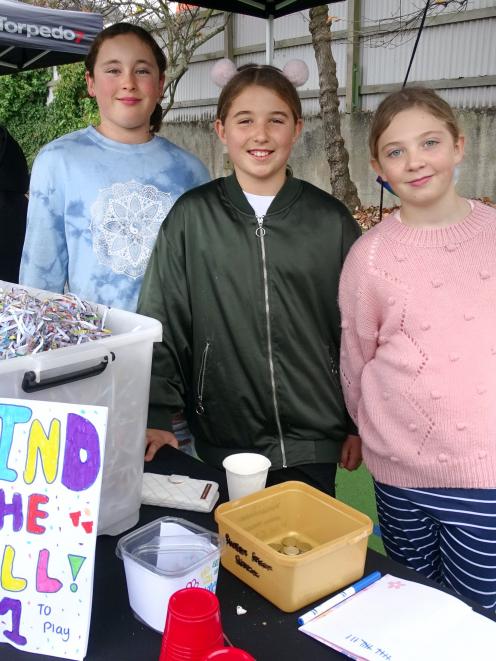 Game masters (from left) Giuliana Cochrane, Lillian Henderson and Daisy Baker tend their stall at the St Joseph’s School book fair yesterday. PHOTOS: CASS MARRETT
All members of the family, including four-legged ones, were present as people sifted through classrooms full of pre-loved books or grabbed a bite at one of the several food stalls, which included sausage sizzles and Filipino barbecue and baking stalls.

Val Dench, who with daughter, Cleo, was among crowds looking through boxes of secondhand books, said she tried to go to every book fair, but did not want to go overboard this year because she was running out of space to store her finds.

"Dad has to build her a new shelf," Cleo said.

Year 7 and 8 pupils were in charge of games. Daisy Baker (11), Lillian Henderson (11) and Giuliana Cochrane (12) said they hoped their three "mini games" would raise enough money to help send them away on a Wellington camp.

"We have been working on the book fair for quite a while," Daisy said.

"We had to make signs for everything, we had to put prices [on] and how to pay everything," Lillian said.

"I always wanted to go to Wellington camp and we might actually be able to go with this fundraising," Daisy said. 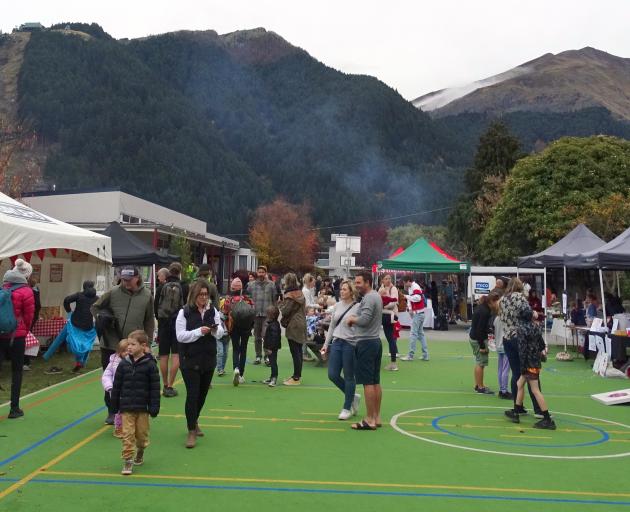 Hundreds turned out for the fair.
Teacher and PTA representative Emma Sullivan said she was happy with the turnout

"Lots of people from the community, the parish and school", Ms Sullivan said.

The money went to the PTA and would go towards items such as devices, books, equipment for the school and anything else that would help with learning.