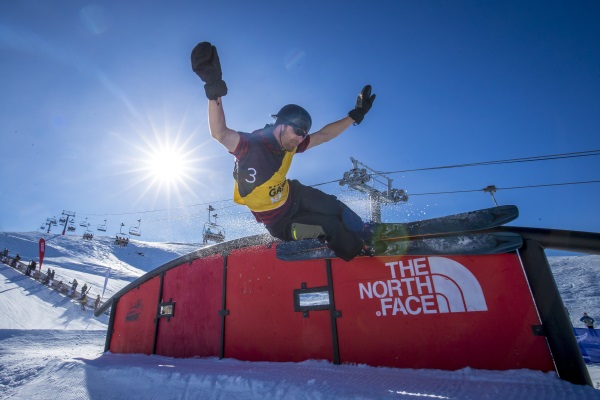 But its CEO, Marty Toomey, says the organisers needed to run it, in part to honour Queenstowner Sir Eion Edgar, who had the vision for the event and was a critical part of it, right up until he died last month.

Toomey has confirmed to Mountain Scene that a truncated, "small but spectacular" event will go ahead this year — featuring the The North Face Frontier two- and four-star freeride event at The Remarkables, part of the Freeride World Tour Qualifier, and a "one-off, one-day Big Air spectacular" at Cardrona. 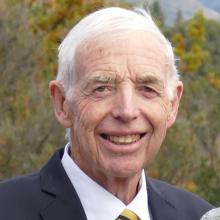 Sir Eion Edgar
The freeride will be held on two days during a "weather window", between August 29 and September 2, while the Big Air is set for September 4.

Until 2018, WGNZ was held every second year — the decision to move it to an annual event was led by Sir Eion.

Despite the impacts of Covid on international travel last year, organisers managed to pull together a new-look event, dubbed The Obsidian, a four-event snowsports comp featuring three co-ed teams.

Toomey says they initially looked at running something similar this year, but with "Continental teams", featuring athletes from the Americas, Europe, Oceania and Asia, but closed borders put a pin in it.

Due to a lack of Aussie athletes, a trans-Tasman Obsidian was also ruled out — and due to their current battles with Covid "we’re just not sure who’s actually able to move around".

"So the safest thing to do is go with those who we know are here, and that’s our local Kiwi talent."

When asked, Toomey said it would have been easy to put the event on ice this year and come back bigger and better in 2022.

"But the one thing you know about Sir Eion, the easy options weren’t the best options — you had to explore every possibility.

"That’s certainly a big part of why we want to run some thing this year … we need to honour the man who has given so much to the event and the region."

Toomey says organisers are also doing what they need to ensure a viable future for the event.

"We’ve got to make sure, like any organisation, we don’t spend what we don’t have.

"In a year when it’s tough to get your international athletes, it makes it difficult to get sponsorship, so we’d rather put that forward to next year and have a huge event next year."

NZ Major Events Funding has been rolled over to 2022.

"It gives us an opportunity to deliver that international Obsidian next year when, hopefully, borders are open a bit more and people can move more freely around the world."