Supertramp’s lyrical maestro Roger Hodgson speaks to Josh Walton to  ‘‘give a little bit’’ of an insight into his career and what inspires him, ahead of his headline act at the  Gibbston Valley Winery Summer Concert on January 19.

Roger Hodgson, co-founder and voice of pop-rock sensation Supertramp, is ready to bring a wave of nostalgia to Otago.

His set at the Gibbston Valley Winery Summer Concert on January 19 will feature some of the band's classics, as well as songs from his solo career since leaving the group in 1983.

''People are in for an incredible experience,'' Hodgson (68) said.

During his 14 years with Supertramp, Hodgson wrote and sang most of the anthems that brought the band worldwide fame.

Hit songs such as Give a Little Bit, The Logical Song and Breakfast in America helped the band sell more than 60 million albums since forming in 1969. 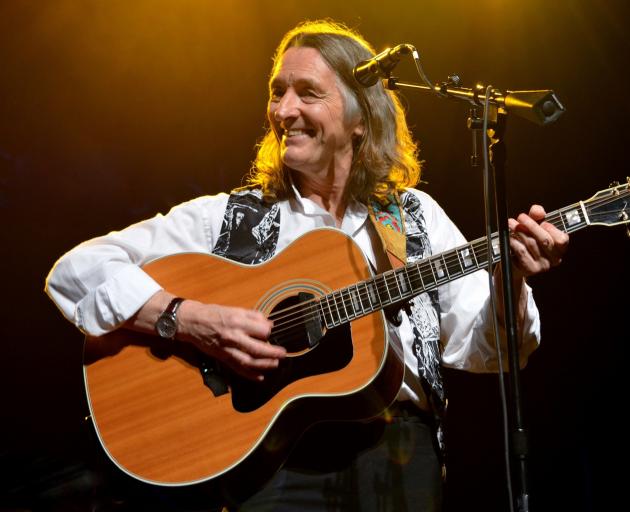 During his solo tour of New Zealand in 2010, he did not get the chance to play in Otago and said he was ''really happy'' he would finally get to visit.

''It's a gorgeous country - I love the people.

''Actually, the first lady I fell in love with was from New Zealand.''

He would be ''playing the songs that people want to hear''.

''I never get tired of singing them, which is a miracle. People can feel that.''

Nature was always an inspiration for him and the picturesque region could spur him on to write about his rare visit.

''I have written many songs when I have been out camping in nature, so in New Zealand I hope I get the chance to do that.''

Asked whether he would be keen to try some of the winery's offerings, Hodgson said he liked to ''keep it pretty sober'' to ensure the best show possible.

He would love to take a trip to Milford Sound after hearing all about its beauty but would probably shy away from Queenstown's adrenaline-inducing bungy jumps, he said.

Picking his favourite original song was a bit like saying who his favourite child was - ''you shouldn't have a favourite, even if you do''.

He wrote fan favourite Breakfast in America when he was just 19 years old, 12 years before recording it with the band.

''It just brings a smile instantly to people's faces the moment I play those first chords.

''Playing a concert is like a journey through my life.''

Hodgson's lyrics have inspired artists across the globe, including US band Gym Class Heroes, which famously reworked Breakfast in America for its 2005 hit song Cupid's Chokehold.

''It's gratifying knowing that younger musicians have enjoyed and been influenced by my songs.''

When he first picked up a guitar and started writing at the age of 12, he felt he ''had a friend'' that could help him express ''what was going on inside''.

''I feel so grateful today to have had that. There is a certain vulnerability with these songs that people can relate to.''

On top of that, the political climate at present meant ''there's even more to write about''.

''It's a huge time of turmoil, change and transformation and I'm surprised actually there are not more musicians writing about what is going on in the world.''

He still kept in touch with Supertramp members and was not ready to stop doing what he loved just yet, he said.

''I'll know when it's time to stop but I don't think that will be anytime soon - I love what it does for me.''

As for the winery show, ''it's going to be a wonderful surprise'' for the crowd, many of whom will be hearing his songs live for the first time.

The concert will also feature performances from Australian Crawl's James Reyne, Mark Seymour, of Hunters and Collectors, and Toni Childs.

Wonderful interview! Yes indeed, New Zealand is absolutely gorgeous - a spectacular setting to experience Roger Hodgson's music under the stars, permeating in the surrounding beauty of Nature and in our hearts. Closing my eyes now, I can just imagine each of his songs flowing to the next... Dreamer, Give a Little Bit, School, Breakfast in America, Take the Long Way Home, Fool's Overture, It's Raining Again, many others.. this will be truly extraordinary! Roger's concerts are celebrations of life and love, our shared journeys, and I will definitely be there in Queenstown and Whitianga to experience the magic! :0)