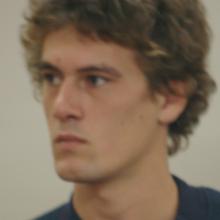 Joshua Veint
Convicted  kidnapper Joshua Veint told a judge of his remorse before being sentenced in May.

But his regret made no difference to his victim, who refused to meet him after he pleaded guilty.

Veint, of Glenorchy, was sentenced to two years in prison on May 9, after pleading guilty to kidnapping Joseph Armstrong in November 2014 and assaulting him with intent to injure - an incident that sparked a six-day manhunt by armed police.

His sentencing indication was for two years and one month.

One was a note regarding Veint's position ``as concerned to your co-offender'', which the judge did not elaborate on. The other was Veint's letter of remorse.

Judge Callaghan said Veint recorded ``the obvious thoughts that you have put into your actions that occurred on this night and effects that they have had on the victim, the effects it has had on you but also the effects it had on your wider family and the fact that you are sincerely sorry for what occurred.''

Veint indicated he wanted to continue an alcohol and drug-free lifestyle, the letter said - ``particularly a drug-free one'' - and he had undertaken courses while in custody.

When he was apprehended by police, Veint was found in possession of 0.2gm of the class A drug methamphetamine.

Judge Callaghan said: ``I understand now that if you were sentenced to the full two years and one month, then it is not necessarily so that you would get the same conditions that you have requested through probation, so I am prepared to reduce your sentence by a further month on the basis that the Crown take no opposition to that course of events.''

But the judge said Crown lawyer Mitchell McClenaghan advised Armstrong ``has no desire to meet with the offender who caused such angst that he suffered on 25 and 26 November''.

In June, after a trial, Veint's co-accused Pita Wilson, of Glenorchy, was jailed for three years and 10 months.

Mark Taylor, of Bluff, who had a lesser role, was sentenced to three months' community detention and 160 hours of community work.