By Hamish MacLean
0 Comments
Arrowtown has been named the most beautiful small town in New Zealand.

Queenstown Lakes District Council Arrowtown ward councillor Heath Copland said he was "very, very stoked on behalf of everyone in Arrowtown", especially as the district could use a lift.

"There’s huge, huge pride in our community and everyone’s very much invested and connected to each other — it’s great," Cr Copland said. 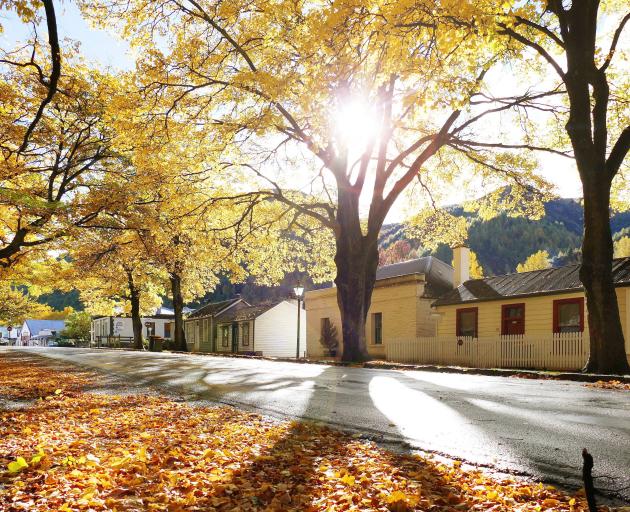 Arrowtown displays its autumnal grandeur. PHOTO: TRACEY ROXBURGH
"The bit of promotion that will come from this will be very, very well received by the business owners in town, and the residents, to get some more visitors back and just keep the Arrowtown name out there, especially around New Zealand and the domestic market now."

Cr Copland said it was "fantastic" to receive recognition for the efforts of community groups’ environmental work, including wilding pine control and native planting, and predator control in the town’s surrounds, as well as the council-led waste management effort.

The most beautiful large town, Hastings, was named towns and cities supreme winner.

Last night’s awards celebrated not only the country’s most beautiful towns and cities, but also individuals, businesses, communities and schools.