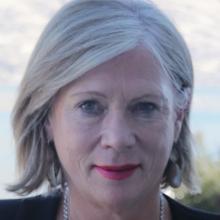 Ann Lockhart
There will be a Queenstown Winter Festival in 2021 — but what it looks like or when it will be held are still unknown.

Covid-19 forced the cancellation of the 46th festival this year and in August its director, Harald Ulriksen, was made redundant by Destination Queenstown, which owns the event.

Mr Ulriksen has since taken a job with Great South, based in Invercargill under former DQ chief executive Graham Budd.

On Friday, interim DQ chief executive Ann Lockhart said there "will be something" next winter, in part due to funding from the domestic events fund, although the amount remained confidential due to commercial sensitivity.

Ms Lockhart said it was possible next year’s winter festival would be shorter, which would help mitigate risk given the uncertainties around potential restrictions on mass gatherings.

It was also possible next year’s event would be contracted out.

"A lot of the plans for it were in place for this year and that didn’t happen, so it’s not going to take eight months to reconvene that.

"There are some other things happening which I’m not privy to, but it could well be part of an extended range of events through winter.

"We just don’t know what’s going to happen [with Covid-19] and that’s the problem — not just for us, but for people who organise events.

"The less risk the better — I guess in some ways shorter events are [less risky], so that’s what we’re looking at."

On Friday, the Otago Daily Times reported the Queenstown Marathon organisers, Ironman Group Oceania, had been working with the NZ Events Association to lobby the Government to implement more sophisticated systems to mitigate risk in events, giving organisers some confidence to plan.

Ms Lockhart said DQ would "absolutely" support any such change.

"Anything that supports any procedures and policies that can be put in place that gives event organisers more surety moving forward would be very welcome, absolutely."

Meanwhile, details of the investment plan for the Regional Event Fund — an $8.5million grant to the "international marketing alliance" of the Southern Lakes, comprising Queenstown, Wanaka and Central Otago, were still being hammered out.

The plan outlined how funds would be allocated, what the governance would be and the funding criteria, for example.

The latter had several aspects, but it was "majorly" around boosting economic benefit within the region by bringing more visitors, she said

Events which had already received funding from the domestic events fund were not eligible for the regional event funding next year, but could apply in 2022.

Ms Lockhart hoped to have the plan finalised in December.