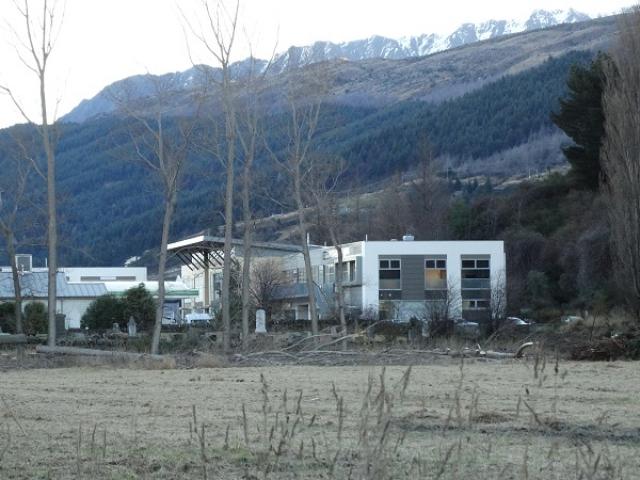 A fortnight ago, Mountain Scene broke news of company New Ground Capital’s plans to build digs for up to 600 workers at Remarkables Park.

Now we’ve uncovered plans for up to 350 units to be built in 10 apartment blocks beside one of the resort’s main highways.

It comes as Queenstown’s Chamber of Commerce survey details how much more businesses expect to shell out to attract and keep staff.

The 'Junction Village' development is earmarked for a 3.4-hectare property between Frankton’s cemetery and Hansen Road, along the Frankton-Ladies Mile Highway.

Thiru, an investment banker with Gleneagle Securities, says the plan still needs to be signed off by Queenstown’s council.

“We’ve done some numbers in terms of what’s feasible for us.

“I would say they’re probably going to range between 1-to-1.5-to-2 bedders and they’ll be affordable.”

“We would love to be able to start construction next year.”

He says it “doesn’t make sense” that Queenstown workers are paying “almost tourist prices” to stay and work here.

“Which is exactly what we’re trying to tap into or provide.”

Trees have been felled at the Frankton site and the ground partially scraped.

That could include “300-plus units in about 10 buildings of between two- to five-levels high and provide for up to 600-plus workers”.

Companies associated with Mahon, which owned the Fiji Beach Resort & Spa, went under in 2009.

The companies owed millions to Australian and Kiwi investors, Strategic Finance – which subsequently collapsed – and an offshore bank.