By Tracey Roxburgh
0 Comments
A perfect storm, gathering strength for two years, is predicted to hit one of Queenstown’s hardest-hit sectors next month. The resort’s hospitality sector is facing its worst crisis just as international visitors finally return. Tracey Roxburgh looks at the problem — and the solutions being found to bridge the gaps, locally.

The numbers make for stark reading.

On April 3, 2020, there were 289 commercial housekeepers in the Queenstown Lakes district on employer-assisted visas.

By this week there were 63.

Latest data from the Ministry of Business, Innovation and Employment shows waiters on those visas have decreased from 214 to 74 over the same period, and kitchen hands from 138 to 32.

Traditionally lower-paying roles, those positions now pay anywhere from $25 to $30 an hour in Queenstown.

Despite the remuneration on offer — and sweeteners being added by most employers — there is only one word being used to describe the lack of staff in the resort. 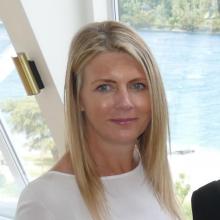 Ruth Stokes
Queenstown Chamber of Commerce chief executive Ruth Stokes said the "vast majority" of Queenstown employers, regardless of industry, were paying above the living wage of $23.65 an hour.

Wage inflation in the region was about 9%, double the national wage inflation rate for the past year, she said.

"Out of the last business confidence survey, the number of businesses that were reporting 10-15% wage increases, and in the visitor economy as well, was huge.

"We know, anecdotally, that people are competing for staff, but what the wage rates don’t show is what businesses are doing outside of that."

Along with sign-on bonuses, and offers of season passes for skifields, many businesses were either subsidising accommodation, or providing it for free, hoping to attract and retain staff, Ms Stokes said.

Even that is not enough.

One hotelier, which was providing free accommodation, had a staff member defect to a local competitor recently, Ms Stokes said.

The employee was being offered the same hourly rate, but went because the competitor was throwing in a company vehicle. 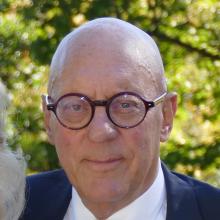 "Every worker knows that they’re a sought-after commodity, and they are able to get good wages, which enable them to live a comfortable lifestyle.

"So the money is there. What we’re lacking, though, is more bodies."

Mr Boult said there were about 5500 migrant workers in Queenstown pre-Covid — he estimated almost half had left, and more would follow as their visas expired.

"I don’t think that’s sensible at the present time — just extend it [their visas], and give them a further period."

Due to closed borders, none of those foreign workers had been replaced, and along with New Zealand’s record-low 3.2% unemployment rate, that made staff recruitment, particularly in entry-level positions, virtually impossible.

"For those people who criticise the situation, I’m sorry, but they’ve got no understanding of what they’re talking about," Mr Boult said.

"The screaming problem is we don’t have enough people to work in our town at the present time.

"It is a crisis situation.

"When we ask locals to volunteer to help out restaurants, while that’s lovely, it’s not the answer to the problem."

He now has six.

In the midst of last month’s bumper school holidays, Mr Gardiner was forced to put an SOS post on social media, asking for any of his friends with hospitality experience to lend a hand. 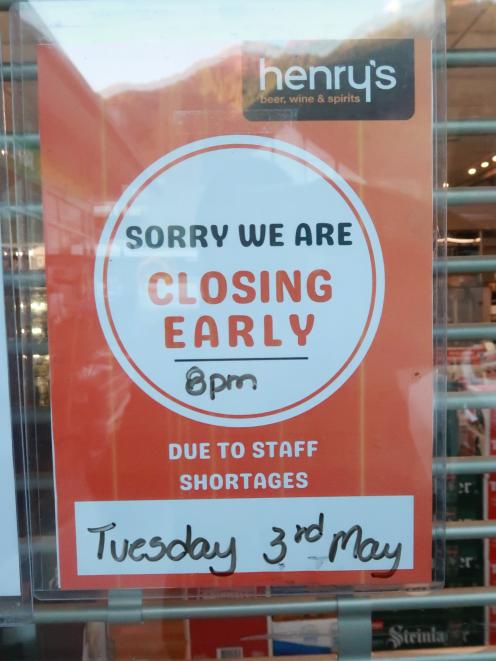 As worker shortages continue to bite, businesses in Queenstown are being forced to close early — or not open at all — some days. PHOTO: PHILIP CHANDLER
In all, about 20 residents — ranging from business owners to accountants, entrepreneurs and musicians and a netball team the Lone Star sponsors — heeded the call.

They worked as dish hands, maitre d’s, behind the bar, clearing tables and making desserts to help Mr Gardiner and the staff he still has through one of the busiest periods Queenstown has had in more than two years.

While humbled at the response, he said it was "embarrassing" to have to ask for help.

"As a business owner, you pride yourself on being independent and being able to cope.

"To have to put your hand up and ask for help like that, it’s not really a sustainable way of running a business. 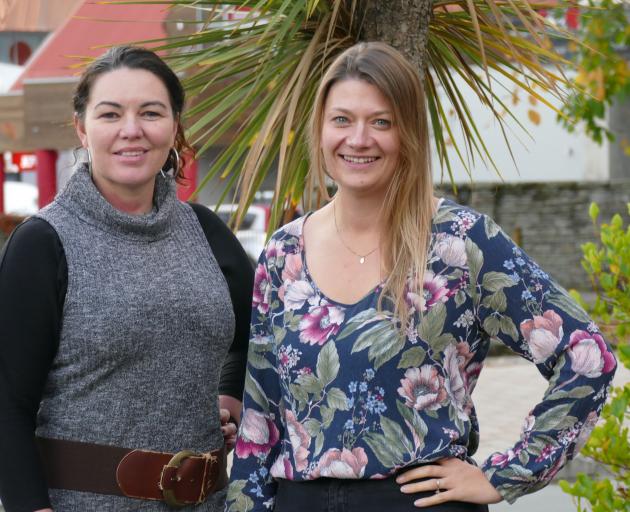 Inspired by Mr Gardiner’s social media post — and the response to it — Skal International Queenstown members Darelle Jenkins and Tori Keating this week launched a Facebook page which they hope will help bridge the worker shortage gap in Queenstown.

The concept behind the "Locals Keeping Queenstown Open" page is simple.

Hospitality, accommodation and tourism businesses which find themselves unexpectedly — or constantly — short-staffed can post on the page, detailing what they need.

Willing local residents could then offer to help out, or simply proffer their services to anyone who might be able to use them.

Ms Keating, co-owner of xtravel, said she felt like she needed to "step up and do something to help", and believed it was an opportunity for residents to take ownership of the town again.

"It is a bridge — it’s not designed to be a long-term solution. It is just to get us [through] until we start to get our wonderful, multicultural overseas workforce back here."

Ms Jenkins, who is Hospitality NZ Queenstown regional manager, said while the Government had been clear the country needed to stop relying on migrant labour, "there are currently more jobs vacant in the Wakatipu than there are ratepayers".

"That is a problem," she said.

While there were a host of people in the resort who held duty manager’s licences, had bartending or barista experience, had worked as kitchen hands or housekeepers, had P licences or skipper’s tickets, all of whom were needed, there were just as many jobs needing done on a casual basis, requiring no experience whatsoever. 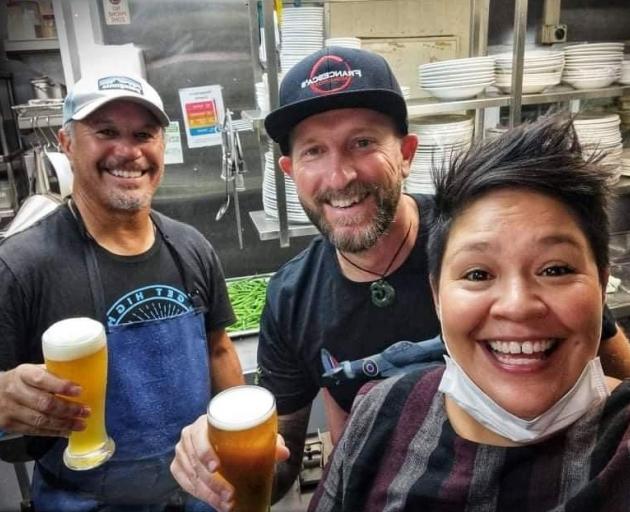 Helpers at Lone Star Queenstown over the school holidays included (from left) Shay Muddle, Pete Dodds and Jessica Patterson, all of Queenstown. PHOTO: SUPPLIED
A helping hand in those areas would enable permanent staff to focus on customer service, Ms Keating said.

"I think all of us have a certain pride in Queenstown.

"We want people to have a great time, and it’s our responsibility to step up.

"Imagine going into that for three months?"

Some businesses reported turning a profit during the school holidays last month for the first time in more than two years.

Most say the two-week period also nearly broke their staff.

It is a taste of what is to come.

Destination Queenstown predicts from June 24, occupancy will leap to about 70%, where it is predicted to remain until the end of July, at least.

While news of borders reopening was celebrated in Queenstown, a feeling of anxiety pervades the resort about being able to find staff.

"I think the visitor economy is highly visible, and it’s the No 1 thing that’s stressing people, and they’re coming up with innovative things [to help]," Ms Stokes said.

At one hotel, if guests opted not to have their rooms serviced during a stay, the hotel made a donation to a charity.

"People are definitely thinking outside the square, but certainly this year we’re going to see constrained service delivery," she said. 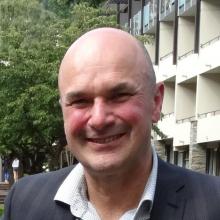 "So getting them [to Queenstown] where they’re away from their family and housing’s a bit more expensive, it’s all a bit of a challenge."

The industry had been told it could rely on working holiday visa-holders to fill entry-level jobs in the absence of New Zealanders, he said.

But that does not appear to be working, either.

Further, since working holiday visas opened on March 24, only 142 had arrived, she said.

Tourism Minister Stuart Nash said up to 6000 had been issued and their holders would arrive within the next month hopefully.

Cabinet had also prioritised "a number" of visas sponsored by Tourism NZ — though those people were destined to work on the country’s skifields this winter, he said.

Mr Nash’s comments came in response to questions from Southland MP Joseph Mooney in the House on Tuesday, when he was asked what was being done to ensure the critical workforce would be in place by winter.

"In the short to medium term I do acknowledge that there are worker shortages," Mr Nash said.

Immigration NZ was working with Tourism NZ (TNZ) to promote the working holiday scheme, and while workers would not arrive straight away, "they will get here, hopefully, in time for the ski season".

Queenstown had been "incredibly hard-hit by the lack of international tourists", but the perception of "what working in tourism is like ... low wages, long hours and rather precarious employment conditions" needed to change, Mr Nash said.

"I know that there are just so many opportunities for young people who’d like a career in tourism, who’d like to engage in tourism and be part of the tourism offering, both locally and globally.

"But we need to change, first and foremost, the perception.

"So we actually need to get people considering tourism as a career going forward."

The workforce had to become "aspirational" and able to deliver on international tourists’ "brand expectations".

"Certainly, when you’re paying a lot of money to travel halfway around the world, you do have a very strong expectation of high service delivery," Mr Nash said.

"The bottom line is the industry has to be able to deliver on good terms and conditions, and good money, and a great experience."

The straw which may break the camel’s back is the new "accredited employer work visa".

Coming into effect on July 4, it requires employers to pay migrant workers in entry-level roles $27.76 an hour — many employers will increase rates for existing staff to that level, too. 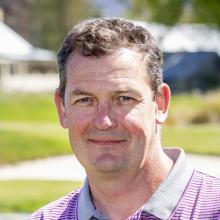 Brian Howie
Millbrook Resort operations director Brian Howie, the hotel sector’s former regional chairman, said it was not realistic to pay $58,000 a year for those jobs.

"This is just nonsensical for business.

"The timing of it, coming out of a period where businesses have just been hanging on, is just all wrong."

His industry was "trying its best to pay higher wages, but we need a transition period before this is introduced", Mr Howie said.

Having only learned of this new rate in March, "we’ve had very little time to consult with Government or lobby or talk to them".

Mr Moore said the exact opposite was likely to occur.

Rather than service levels increasing, "it just means we end up having less staff per guest, because you can’t afford it".

Immigration Minister Kris Faafoi could not respond to a media inquiry by deadline, but the Otago Daily Times understands he will discuss the issue with Mr Boult soon.