By Mark Price and Rebecca Ryan and Richard Davison and Laura Smith
0 Comments
Despite the country being in lockdown due to Covid-19 restrictions, people from throughout Otago and Southland turned out to pay tribute this Anzac Day. 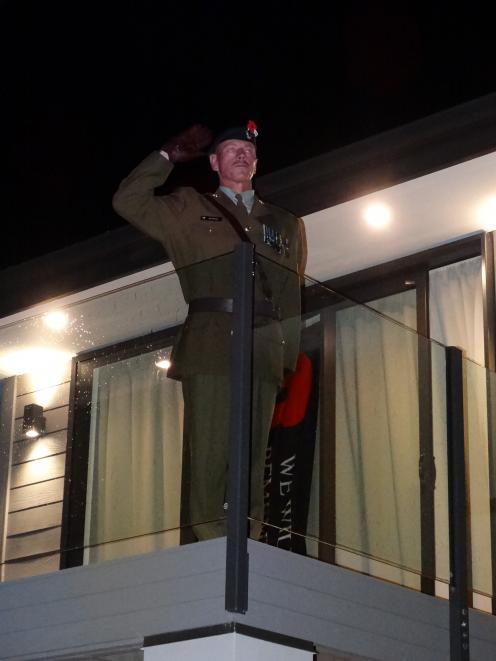 The global coronavirus pandemic has prevented Kiwis from commemorating the day in large groups as they usually would.

‘‘I’m not by myself," Major Piercy said. "This is a time for reflection on my friends, my colleagues - some who did not come home.’’

He has served in the Middle East and the Solomon Islands, and usually plays a pivotal role in Wanaka Anzac services.

Despite a cold wind blowing off the mountains, a few people were up before the dawn paying their respects.

Despite the country being in lockdown, Oamaru's World War 1 memorial in lower Thames St was not abandoned at dawn on Anzac Day.

Keeping their distance from one another, about 12 people gathered at the monument, where wreaths had appeared overnight, to pay their respects as the sun came up. 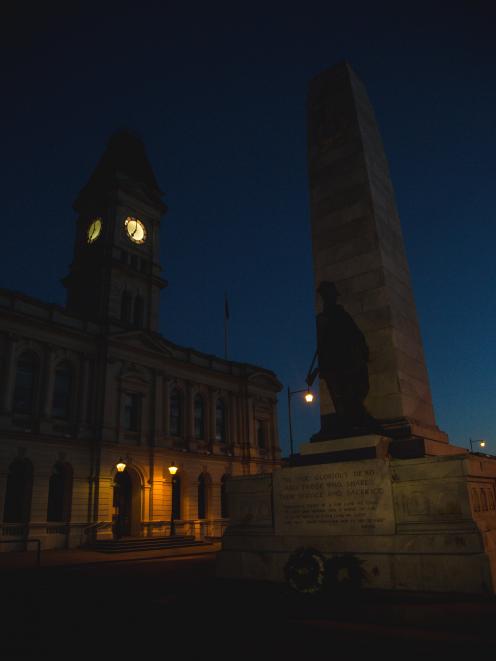 Wreaths were laid at Oamaru's World War 1 memorial in lower Thames St. Photo: REBECCA RYAN
The 79-year-old had to stand down from his renowned role of playing the Last Post and Reveille at local Anzac services due to the lockdown, playing the cornet outside his Thames Hwy home instead.

The lifelong musician, who was recognised with a Queen’s Service Medal for services to music in 2017, said he hoped to play the cornet at a public Anzac Day service in Oamaru next year as an octogenarian.

Waitaki Mayor Gary Kircher gathered with his bubble at the end of his Weston driveway to pay his respects this morning.

“It was a very different experience, and quite a contemplative experience,’’ Mr Kircher said.

“It’s very heartening just how many people have taken the opportunity to still mark Anzac Day [in the Waitaki district].’’

At 7am, the Waitaki District Council streamed a pre-recorded video on its Facebook page, commemorating North Otago’s Anzac sacrifices.

It featured local World War 2 veterans Selwyn Stanger and Jim Quested, who shared memories and photos of their experiences. 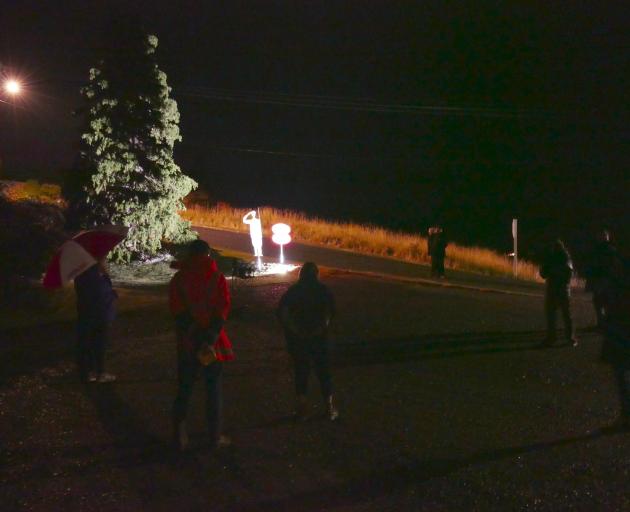 Household bubbles across the district gathered at their front gates to mark the key national event, including Trevor and Pauline Simonsen and neighbours, who share a collective driveway at the corner of Yare Ln and Hasborough Pl in Balclutha.

There, against the silhouetted backdrop of a cut-out Anzac soldier and poppy Mr Simonsen erected this week, the group of about 10 shared a collective minute's silence and listened to the traditional airs of the Last Post in a home-spun commemoration.

Elsewhere in the town, Balclutha's cenotaph was unusually silent this year, save for a mother and young daughter, who had brought a solitary wreath to honour the fallen.

The pair, who wished to remain anonymous, said they had been determined to play their small part.

"We just felt we had to do something to honour the sacrifice so many made for all of us," the woman said. 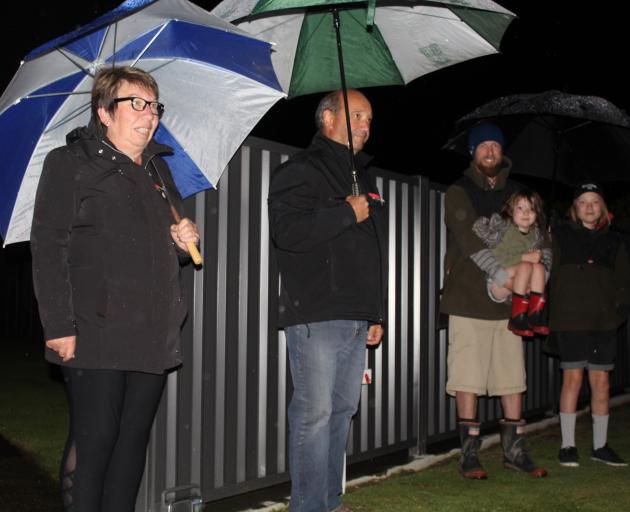 The Anzac spirit of Invercargilll residents wasn't dampened on a soggy Saturday morning as they listened to the Stand At Dawn service on the radio. Invercargill RSA secretary Cindy (left) and Peter Kennedy with neighbours Bradley, Charlie (4) and Tyler Veint (12) turned out. PHOTO: LAURA SMITH
INVERCARGILL

While it was rainy and cold, numerous Invercargill residents participated in the Stand At Dawn Anzac service this morning.

Invercargill RSA secretary Cindy Kennedy stood outside her home at 6am with her husband Peter and neighbours in front of a giant poppy stuck on their fence.

It was a sad time for those in the RSA, but it seemed the national Stand At Dawn event was popular, she said.

“We can’t be at the cenotaph like we are every year, we’re all feeling a bit lost.”

Neighbour Bradley Veint said the family had joined in to commemorate Anzac Day.

The Invercargill cenotaph, usually frequently visited on this day each year, was quiet.

A lone poppy had been placed at its base.

A lone poppy at the base of the Invercargill Cenotaph for Anzac Day. PHOTO: LAURA SMITH
Comment now