By Daniel Birchfield
0 Comments
Waimate's Geoff Lienert has not had a lot of luck lately.

The Waimate Caledonian Society life member and event director, who was keeping a close eye on the cycling events at the society’s 144th Caledonian games at Victoria Park in Waimate on Saturday, is recovering from some nasty injuries received in a recent crash in Waimate.

Unfortunately for Mr Lienert (72), those injuries — a broken arm and compressed vertebrae — came during his first ride with the Waimate Cycling Club nine months after he broke a few ribs in a separate crash.

He also suffered a hernia and combined with broken bones, meant a lengthly layoff.

"I was in a gravel race down in Oamaru and I crashed in the tunnel on the Alps 2 Ocean somewhere near Ngapara. There was still 18km to go, but I finished with broken ribs. You don’t feel anything until you cool down really." 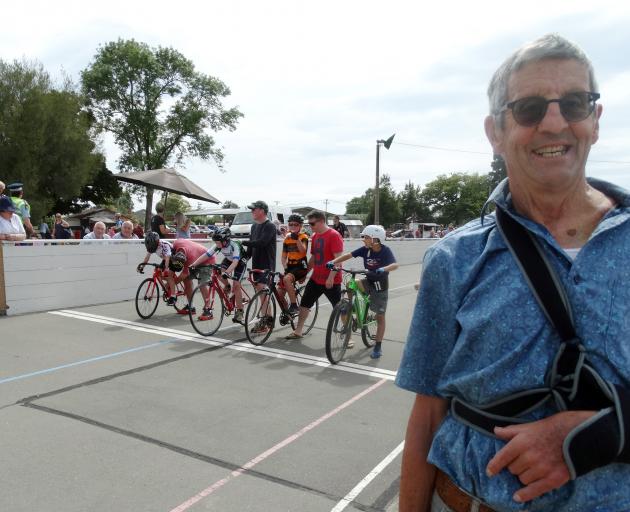 Waimate Caledonian Society life member and event director Geoff Lienert at the society’s Caledonian games on Saturday. PHOTO: DANIEL BIRCHFIELD
Also a keen runner, he was set to compete in the 5km race at the games and was disappointed not to get the chance.

Mr Lienert, who first competed at the games as a 15-year-old, helped found the club in 1988 and has been involved in cycling for 57 years.

He helped coach the likes of Olympians Dylan Kennett and Heath Blackgrove, timing them while riding a blue moped.

A solid crowd gathered to watch the day’s action, which included more than 200 events, about half being children’s events.

Society secretary Bernie Blackgrove said the day was a success all round.

"There was quite a few there, and now that we have got the highland dancing out of the oval all of their families come out with picnic blankets and make a day of it ... it’s better for the kids too. It’s a family affair."

While not the oldest, the Waimate games are the longest continuously running games in New Zealand, as the society was the only one that ran its event during the war years, she said. 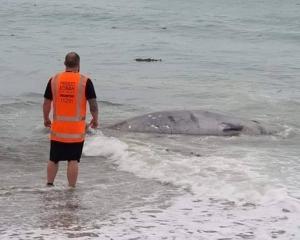