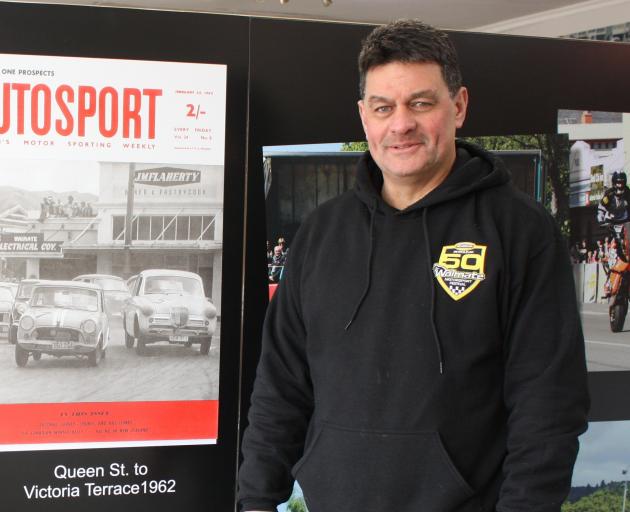 While there are no restrictions on the number of people at events at indoor and outdoor venues under Alert Level 2 — as long as everyone can safely stay 1m apart — events held outdoors but not at an event facility must follow the rules for social gatherings.

Because the outdoor Waimate 50 events were not being held in a "permanent venue", it was now limited to 100 people, organiser Rob Aikman said.

It was "devastating news" for organising committee members, who had been planning to open the gates to everyone this weekend, Mr Aikman said.

"To say we are gutted is an understatement," he said.

The changes to Level 2 rules had been "confusing".

"Last week, we could’ve run with unlimited spectators — and this week we can’t.

"It’s just an evolving situation and we’ve got to adapt to it.

The team had been working through the night on Wednesday "trying to get things back on track" and press on without spectators.

"A lot of conversations [have] been had over the past few days to ensure that the Covid guidelines are met to allow the event to happen and that the competitors are able to enjoy the roads around Waimate."

Organisers were working on options for live commentary and streaming so the public could follow the action online, and ways to recover costs associated with supporting spectators.

Waimate 50 celebrated its 60th anniversary in 2019, but was cancelled last year due to Covid-19. This year’s event is a "gravel edition", the traditional street race circuit swapped for a hill-climb event.

Horsepower Hill will be the main event — running tomorrow and Sunday — and is exclusively gravel-based, with the finish at the White Horse Monument.

Entry numbers were down on previous years — "we’ve lost quite a few from the North [Island], given the situation" — but there was still a quality field of about 80 competitors, Mr Aikman said.

Four-time New Zealand Rally Championship winner Hayden Paddon, a Waimate 50 regular, is part of the line-up, and his Hyundai Kona EV rally car will make its competitive debut on gravel at the event.

Mr Aikman said it was disappointing spectators would not be there in person to see the electric rally car’s gravel debut.