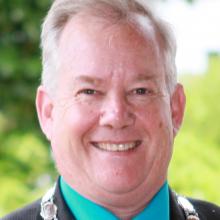 Craig Rowley
Waimate ratepayers might like the idea of a 0% rates rise, but it could cripple the district’s economic recovery, Mayor Craig Rowley says.

The council looked at several options for rates increases, and the impacts at different levels. A 0% rates rise would force the council to borrow money, Mr Rowley said.

"Deferral of essential infrastructure projects and borrowings come at a cost, and rates would have to be higher in the following years to offset that debt.

"I think it would be counterproductive to be shifting that on to future generations."

The council’s draft 2020-21 annual plan includes investments in key infrastructure, such as the upgrade of the district’s rural and urban drinking water schemes and sewer and stormwater network.

The council is also facing a drop in income from its Alpine Energy Ltd investment, after the Commerce Commission ordered the company to reduce its revenue for the upcoming financial year.

The Waimate District Council is a 7.54% shareholder in Alpine Energy Ltd and, since the early 1990s, has applied most of its annual dividend to mitigate general rates.

For the past five years, an average dividend of $625,476 has been applied to general rates each year.

"I have stated before that the use of investment dividends to mitigate rates is risky, and now my concern has been realised at the worst possible time," Mr Rowley said.

"We have spread some project costs over a greater time span and some borrowings to lessen the impact of this, along with the other measures to minimise the financial disruption of Covid-19."

The council has also applied for $11.4million from the Crown Infrastructure Partnership Group’s $800million "shovel ready" fund, for its water and wastewater projects.