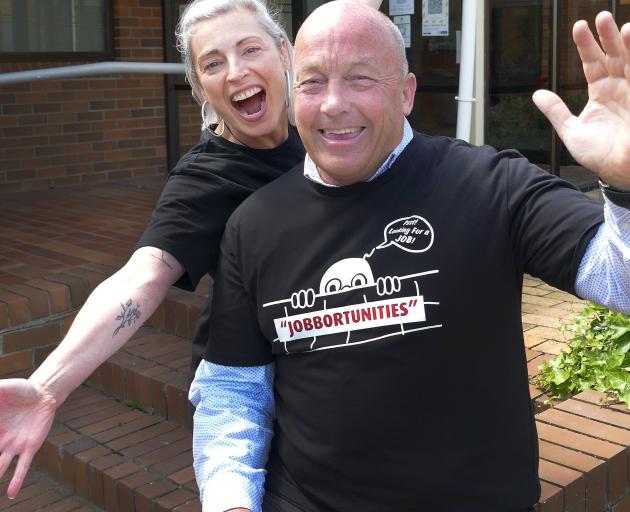 The Clutha District Council launched its "Jobbortunities" programme with a work fair in Balclutha on October 1, and an aim of placing 50 jobseekers in employment by July next year.

Following two further work fairs — in Dunedin and Queenstown — and significant "behind the scenes" efforts, the programme had already "smashed" that target by placing 71 people in jobs, Jobbortunities co-ordinator Ruth Carraway said.

"I’m a natural optimist, so I always felt we would hit the target at some point, but I don’t think any of us believed it would be this successful this quickly.

"The clear branding has helped, combined with the willingness of employers to step up, and some full-throttle work behind the scenes from myself and the team."

The $500,000 programme is Ministry of Social Development-funded, under its Mayors’ Task Force for Jobs community recovery programme, and overseen by the Clutha District Council.

Clutha Mayor Bryan Cadogan, who with Mrs Carraway and council colleague Justine Barrie has been active in promoting the initiative, expressed his delight at passing the target yesterday.

"The [Clutha] district has so many fantastic jobs available right now, and the speed with which we’ve reached the target just illustrates that.

"We still have an acute shortage of workers here, and we’re still keen to hear from anyone who is looking for work outright, or may be looking for a change of role to help them fulfil their potential."

Mrs Carraway said although further candidates would continue to be identified, she would now be focusing on mentoring those who had already found positions.

"It’s not so much about quantity now we’ve hit the target, but about making sure these jobs stick.

"Alongside promotion, my role is one-on-one mentoring. We want to get people over the line and on a long-term upwards trajectory in their lives."

That could involve working with employers to help employees "bed in", for which discretionary funding assistance was also available, she said.

Mr Cadogan said the programme was proving a "tonic" for long-standing deficits in the district’s work arena.