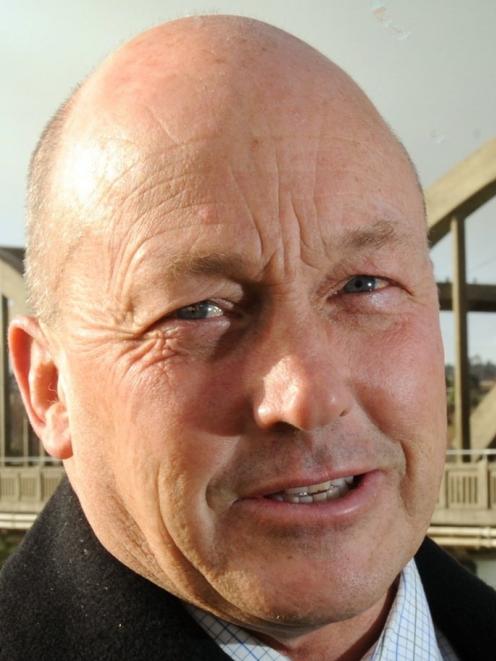 Bryan Cadogan
Only a boycott of retailers prepared to sell psychoactive substances can put an end to the ''scourge'' of legal highs, Clutha Mayor Bryan Cadogan says.

Just as the Dunedin City Council is consulting on proposed legal highs retail zones, in anticipation of a psychoactive product being approved for sale, Mr Cadogan said the Clutha district was ''working through the process''.

''Society has to take ownership; it's a social responsibility. We owe our young ones no less.''

When psychoactive products were last on the market, no retailers in Clutha sold the legal highs, but their damaging effects were still felt in the district, he said.

The Government had relinquished responsibility by passing the buck to councils and it was up to society ''as a whole'' to deal with it.

''If the Clutha district didn't have one outlet selling it and it was still rampant in our society it shows the legislation is going to be ineffectual,'' he said.

''This legislation isn't going to do a jot,'' Mr Cadogan said.

''Confining it to areas, throwing the onus off on to councils - get serious. We proved it in the Clutha district; we had none and it was still there.

''It was quite obvious that people were driving through to Dunedin - in a state that wasn't fit for driving - to source it from Dunedin shops. This is a regional issue.''

Mr Cadogan is asking for individuals to take their business away from stores that sold, or planned to sell, psychoactive products, but he said the stores' suppliers should be a part of the boycott.

''You can't go in and buy your ice cream and then complain when you know full well in the corner of that shop there's also stuff that's messing up society. We've all got a responsibility to get pro active and say we're not tolerating it,'' he said.

''If it's going to come to the corner stores, suppliers have got to be part of this collective. Your brand image, do you want your brand to be there while this scourge is there two feet away?''