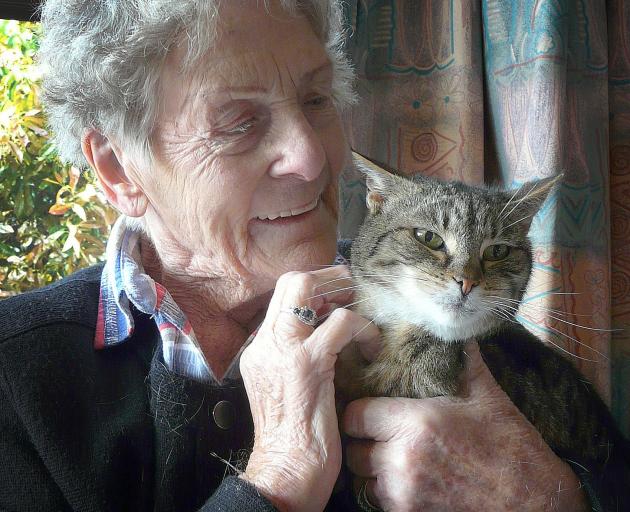 Retired Balclutha sheep farmer Jean Leonard contacted the Otago Daily Times recently to complain of an ''explosion'' of rabbits at her 160ha family farm on the northern outskirts of town.

She provided physical evidence furnished by pet cat Puss, in the shape of a baby rabbit brought to Mrs Leonard the day before.

The offering was the latest in a long succession of dead bunnies - a haul that had left Puss purring, but Mrs Leonard ''fed up''.

''We're being overrun this year. Usually she brings one in every other year, but just in the last fortnight we've had big, small, and everything in between.''

The complaint follows that of Alexandra farmer and former Otago regional councillor Gerry Eckhoff last week, who accused the council of a ''systemic failure'' in rabbit control across the region.

The council received a total of 40 complaints last year, but had already received 39 during this year.

He said seasonal fluctuations in rabbit populations were common.

''The increase in rabbits observed in some areas is not uncommon for this time of year, but could also be attributed to low rainfall and an easy winter.

''Landowners, whether it be on a farm, lifestyle block, or on Crown land, are responsible for rabbit management.''

Results were still being studied.

''Biocontrols like the K5 virus do not replace secondary control measures such as shooting and trapping.