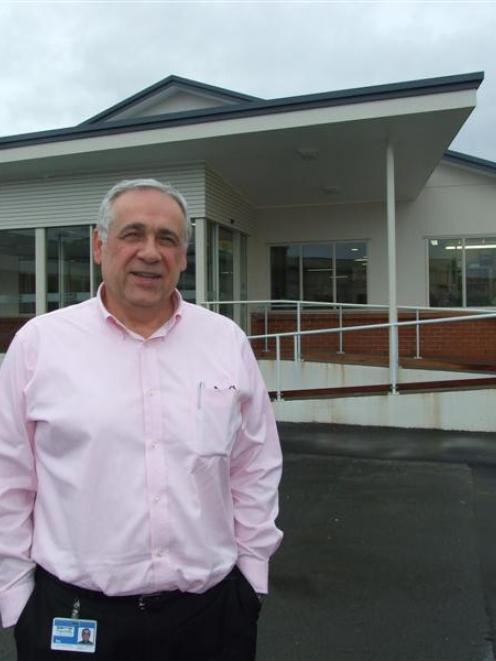 Clutha Health First chief executive Ray Anton in the new Clutha Health First car park, with the entrance at rear.
The $2.4 million upgrade of the community-owned hospital in Balclutha is almost completed but some remedial work has yet to be carried out.

Clutha Health First is undergoing its first major upgrade, split over five stages, since the centre opened on December 1, 1998.

He said some issues would take weeks to be resolved, and others months. Some work was not completed properly and needed to be redone, and improvements that were not part of the original design had to be carried out.

Mr Anton said since the new car park off Clyde St was finished several weeks ago, many were using the Clyde St exit as an entrance. 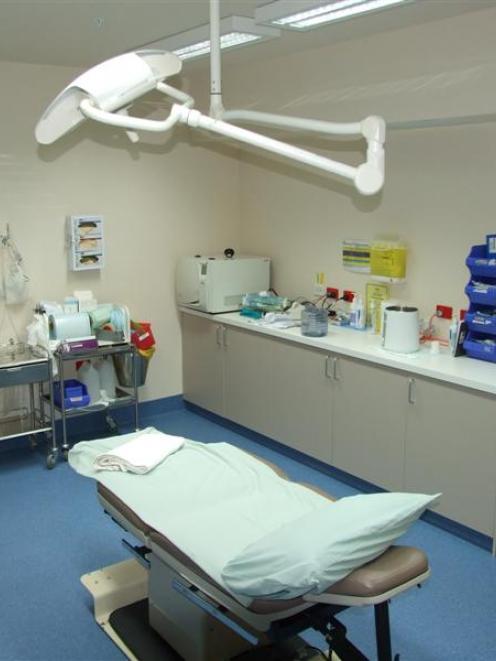 One of the consulting rooms. Photos by Helena de Reus.
Mr Anton said there were a limited number of parking spaces for patients and visitors, and some residents were using the car park while they visited shops and businesses.

''It's there for the patients and visitors coming to the hospital. We want to keep it used for the hospital.''

Signs for the car park had been ordered, but had yet to arrive.

The old Findlaters building in Clyde St was demolished in April to make way for the new car park, as building code changes meant the building was not suitable for renovation.

The five-stage upgrade began in May last year and was expected to take about 12 months.

Mr Anton said the building committee was still reconciling figures and some bills had yet to be signed off, but the upgrade appeared to be on budget.

The physiotherapy department has been relocated to the Clyde St side of the building and the former physio space was gutted to make way for the new medical assessment unit.

The medical assessment unit requires specialised equipment and furniture and will be fitted out over the next few weeks.

One main reception area had been built and a patient lounge revamped.

Mr Anton said the rear doors at Charlotte St were now locked to the public, and entrance to the hospital should always be via the main reception area.

The hospital upgrade was due to an increasing demand for space, especially in the GP area, he said. Key developments included an extension of the GP facilities to allow for extra consultation rooms; one main entrance and waiting area; easier access to GP, lab and X-ray services; outpatient consultants and an inpatient ward.

An official opening ceremony for the upgraded hospital is planned for mid-August.