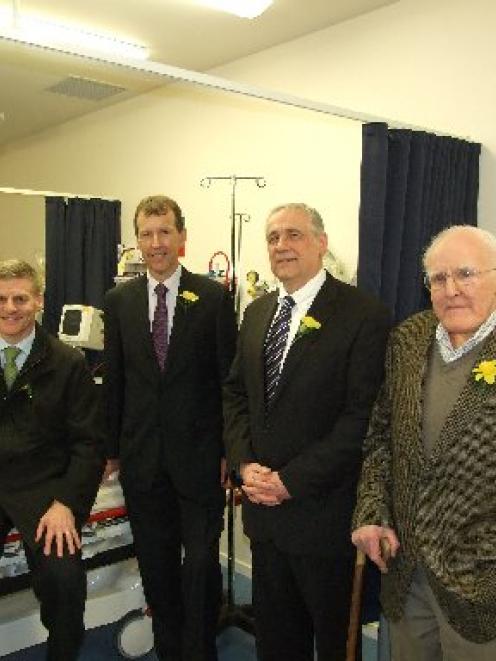 Over the past 15 months, Clutha Health First has undergone a $2.5 million upgrade, split over five stages.

In opening the redeveloped facility, Mr English said it was a good example of why the Government ''probably shouldn't'' run health services in smaller areas.

''All the rural health services in the area I represent are community owned ... local communities who have shown the leadership ... to run their services better than the Government did.

''You have made a remarkable achievement; it exceeds what was expected.''

Clutha Community Health Company chairman Brian Dodds said the project took longer than the expected 12 months, and was set to come slightly under its contingency budget of $2.5 million.

Clutha Health Incorporated chairwoman Irene Mosley said the community could be proud of the upgraded facility.

''As a community we should be proud of what we have achieved and the new services we now have in the town.''

She said the board hoped the centre would develop many innovative projects and services to run from the facility to ensure the community was well served for many more years.

The upgrade is the first since Clutha Health First since the centre opened on December 1, 1998.

The physiotherapy department was relocated to the Clyde St side of the building and the former physio space was gutted to make way for the new medical assessment unit.

Chief executive Ray Anton said the unit was one of the highlights of the redevelopment.

The area was a dedicated stand-alone unit with two assessment bays, two consulting rooms, and equipment for patients requiring a higher level of observation.