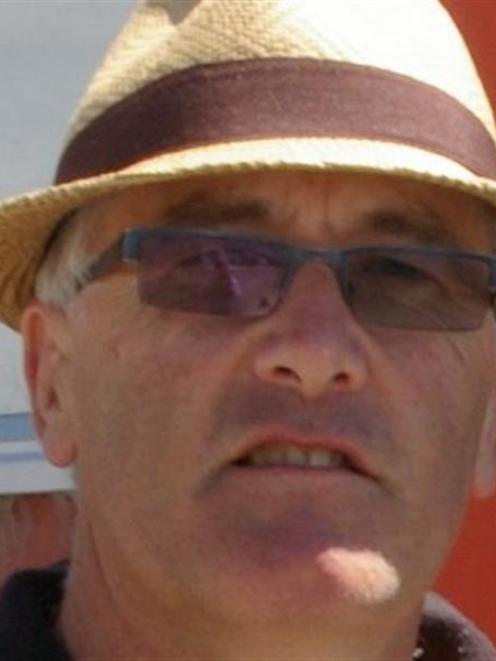 James Durham.
He is more of a Neil Diamond fan than a fan of Axl Rose.

But the last time James Durham (58) performed on the stage at the Clutha Country Music Club, in Frances St, Balclutha, he belted out a Guns N' Roses classic, Sweet Child O' Mine.

He had that night, on December 18, been awarded a life membership of the club.

Mr Durham is one of five living life members of the Balclutha music club. He joined in 1988.

He has served as musical director, helping especially younger members with their performances, he worked to extend the stage in the club's 120-capacity hall, and in 2012 he organised the working bee that saw the hall repainted.

''I want to promote this club.

''I just want to spend all my time here and make sure it keeps going.''

By day Mr Durham is a community health worker. He has a wife, Rosanne, two adult boys, in Milton and Ashburton, and three grandchildren. But every third Wednesday of the month, he is easy to find.

He has played on the stage at the Clutha Country Music Club ''pretty much'' every month for the last 26 years, he said.

''I got a guitar when I was a kid. I was in primary school but nobody could tune it for me, so I gave it up,'' he said when he met the Otago Daily Times to speak about receiving the honour.

He was about 30 years old before he picked the guitar up again. Not long after that, he joined the fledgling music club.

He was not at the first meeting but he joined the club in its infancy, ''a few months down the track'', he recalled.

And he has not looked back.

''It's a lifetime hobby, or interest ... and the people you meet in the club are lifetime friends,'' Mr Durham said.

''They're going to be here for as long as you're here, because they feel the same.