Toni Vivier is scheduled to give birth in Winton, but the Te Anau woman is worried her new baby will arrive at an unknown point between home and there.

Ms Vivier is one of the mothers whose plans have been disrupted by the Southern District Health Board's region-wide review of maternity services.

Lumsden Maternity Centre, where her first child was born, has become a maternal and child hub following that review, and locals are still fighting to regain its status as a primary birthing unit.

"Winton is the next closest place ... but your baby will come when it wants to come,'' Ms Vivier, who is due in six weeks, said.

"My first was three weeks early and I was thankful Lumsden was so close, and I had a great birth. Driving that extra distance, depending on how treacherous the roads are, is my biggest worry.''

Ms Vivier's daughter was born safe and well, but her arrival early after a rapid birth made her anxious about the prospects for her second child.

Since the centre became a hub, a Lumsden mother has given birth in an ambulance while travelling to Invercargill, and last week the hub was used for an emergency birth.

Ms Vivier said she had considered moving elsewhere temporarily for the birth, but business and family commitments combined with uncertainty as to when the child might arrive meant that was not practical.

"I was looked after like a queen when I had my first, which was really reassuring for a new mum.''

Lumsden Maternity Centre has been holding briefings with local MPs in the lead-up to Parliament's health select committee deciding what to do with a petition which calls for the centre to be saved.

The committee was scheduled to debate that issue tomorrow but the petition was removed from the committee's agenda yesterday afternoon.

The SDHB had said it would not attend, turning down its invitation as it lacked confidence following previous acrimonious meetings on services at Lumsden that the gathering would be productive.

The Ministry of Health also turned down its invitation.

Northern Southland Medical Trust chairwoman Carrie Adams said Dr Craig wished to reschedule to a date when both the ministry and SDHB could be there. 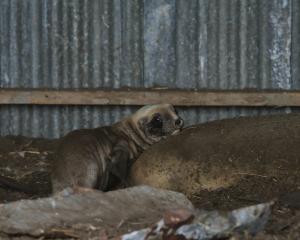