Dreams for Tuwhare home in doubt 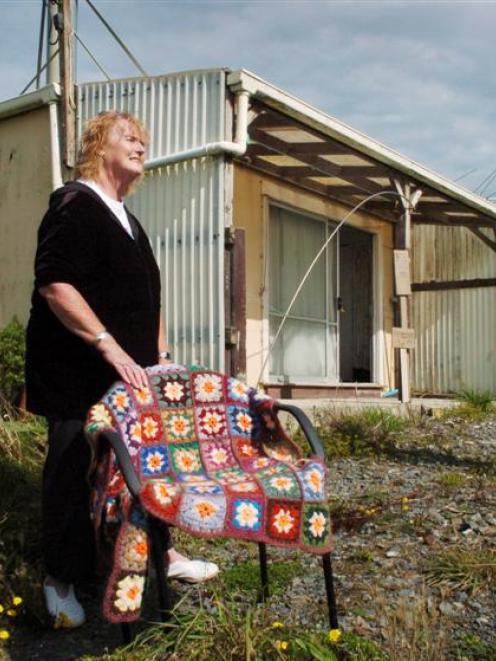 Glenys and Norman Woods at the Kaka Point home of the late Hone Tuwhare, with his favourite guitar and outdoor chair. Photo by Gerard O'Brien.
The family of one of "Otago's greatest adopted sons", poet Hone Tuwhare, is worried their father's Kaka Point home may be lost to future generations of artists and writers as its mortgage comes due.

Since Tuwhare died in January last year, his son Rob Tuwhare has been looking for an "appropriate person" to assist him in setting up a trust to buy the house and establish it as a retreat for artists and writers in residence.

No-one has come forward, however, and Mr Tuwhare said the family would soon be forced to sell the house.

He was worried a significant piece of "iconic writing and art history" could be lost to future generations of writers and artists.

"As far as we know, there are no other Maori writers or artists whose homes have been preserved in this way," he said.

The property's asking price was $160,000, but finding a funder was proving difficult, Mr Tuwhare said.

He was optimistic that once past this hurdle, raising money to restore and preserve his father's whare would not be too difficult, with funding from the New Zealand Lottery Grants Board or Creative New Zealand possibilities.

While the family would like to be involved in some way, they were primarily focusing on their father's writing and were looking into the possibility of republishing some of his earlier works, with translation into Maori.

Mr Tuwhare said his father was renowned for his generosity and gave much to the Dunedin and South Otago community. It was preferred the trust be formed in Dunedin by those "who knew Dad, what he was about, and those he loved and respected", he said.

"We imagine organisations working together - such as Otago university, the Dunedin City Council and Creative New Zealand - to renovate and preserve Dad's house and sleepout, so that they are weather-tight and warm, but so that their character is retained.

"For example, we could re-create Hone's art-filled walls in a way that preserves his pictures and displays them securely."

Once this had been achieved, and a dwelling built for accommodating small groups, the property could be let to individuals, small groups from schools or universities, artists or writers groups, or could be hired for several months at a time by organisations funding an artist or writer in residence, Mr Tuwhare said.

"The whare could also be open part-time as a museum when not being used by these groups. We think that for a reasonably small outlay, a financially self-sustaining trust could be established."