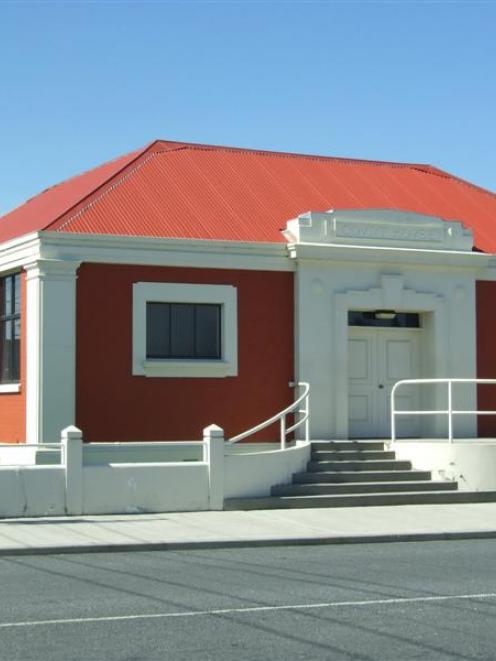 Balclutha Courthouse. Photo by Helena de Reus.
A group of Clutha residents fighting to keep court services in Balclutha is frustrated with a lack of response from the Ministry of Justice about a temporary court venue.

Many in the community fear court hearings will be permanently shifted from the South Otago town.

Ministry of Justice spokesman Steve Corbett said ideas and feedback had been received from "various sources" in all of the areas affected by the temporary closures.

"The ministry is currently considering next steps but first and foremost any alternative venue must be seismically safe and fit for purpose."

A statement released by the Balclutha Courthouse Stakeholders group said it was disappointed no response had been received from the ministry and it still hoped February's court sittings would be held in Balclutha.

"The group is disappointed by the lack of response from Wellington and those at the decision-making helm, given the importance of the situation to the Clutha district.

"A suitable temporary court venue looks promising and one building in particular will be recommended for approval, pending the securement of a longer-term option."

Last month the group presented the ministry with information about at least two buildings which could become temporary courthouses.

The group was unwilling to release the names of the buildings because it was in ongoing discussions with owners and stakeholders, as well as the ministry and court staff.

Balclutha barrister Tina Williams warned many of the people who would have appeared in the Balclutha District Court would not show up at the Gore courthouse on Monday because of a lack of travel options.

"I think those making decisions in Wellington fail to understand that there is no public transport in Clutha, and that the extra travel is just not an option for some people.

"There are huge geographical and logistical issues involved."

Mr Cadogan said the logistics issues and costs involved with hearings in Gore were increasing and the community needed to get in behind the Balclutha court.