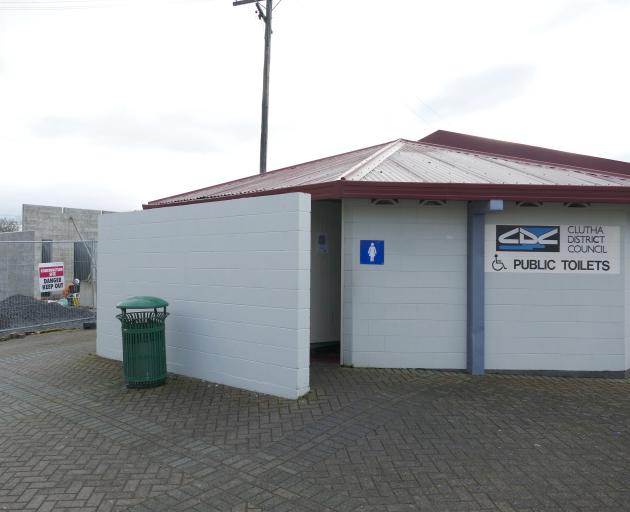 Construction work is under way on new destination toilets in Gray St, Milton. PHOTO: RICHARD DAVISON
Visitors to South Otago will soon be able to spend a million-dollar moment at their convenience.

Construction on new "destination" toilets for both Milton and Balclutha will occur during the next several weeks — facilities Clutha District Council hopes will encourage drivers to stop more often and spend a penny in the towns.

Clutha Mayor Bryan Cadogan said the new facilities would result in better access and a fresh look and feel for the towns, and bring with them civic and economic benefits.

"As well as being a useful convenience for locals, they’ll give motorists another reason to stop when passing through and, with both toilets located in the heart of each town, there’s a greater chance people may also spend time and money visiting businesses in the area."

Both facilities will be located near existing toilet sites, on Gray St in Milton and Clyde St in Balclutha.

A council spokeswoman said the new facilities were modern, safe and easily accessible.

She said the Balclutha site would offer better pedestrian access to Clyde St.

For Milton, new landscaping and paving improvements were also planned, as part of its wider, $5million main street upgrade, providing a new, about 1000sq m "plaza" for the centre of the town.

Balclutha’s toilets are expected to pay homage to the town’s river setting and former paddle steamer, and Milton’s will centre on a "river of light" theme, depicting a cultural journey through history.

Work at the Milton site has already begun, and the Balclutha project is expected to follow shortly.

The spokeswoman said temporary fencing would be erected in Balclutha for about two weeks while walls are put up.

This will initially affect pedestrian access between the lane and Clyde St, and the adjoining car parking.

Existing toilets at both sites can still be accessed during the upgrades.

The new Milton toilets are expected to open by the end of July and Balclutha’s during late August.